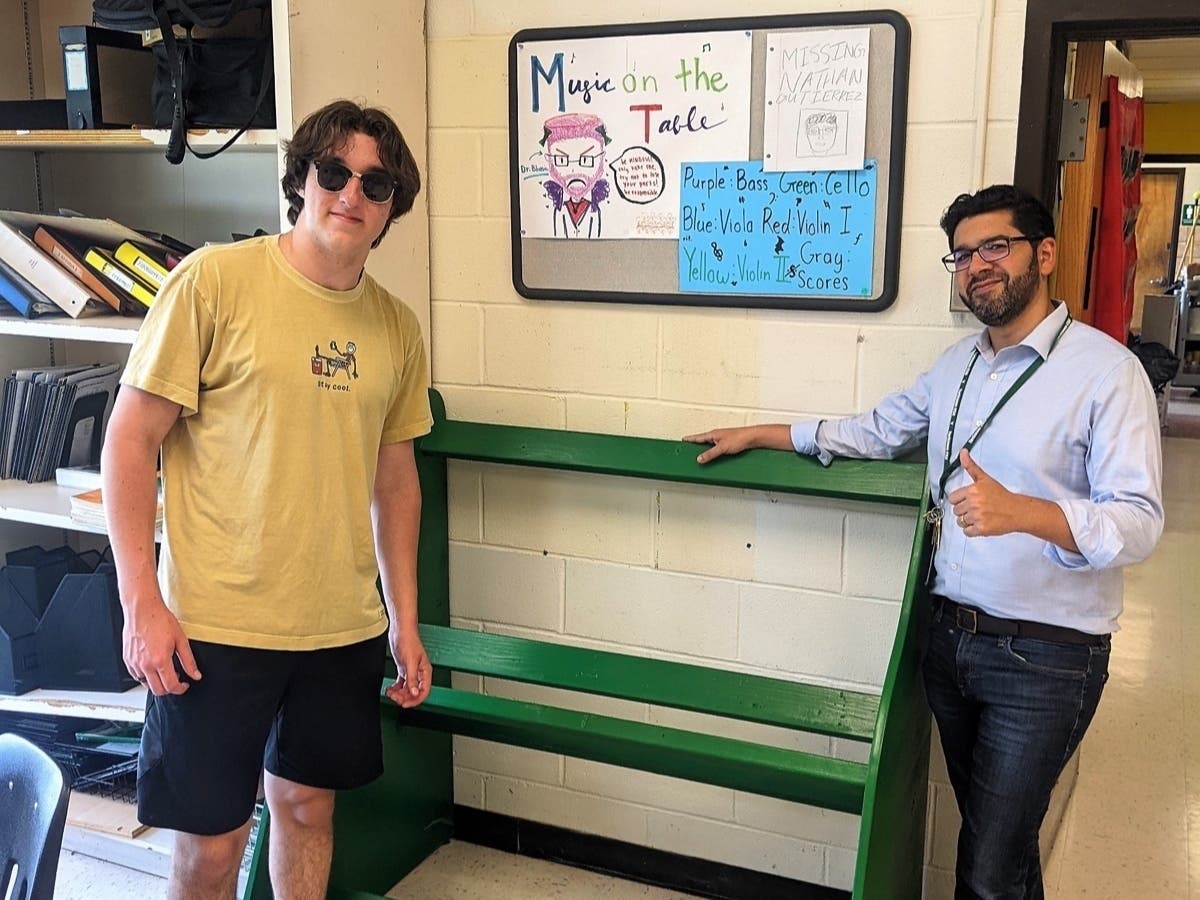 YORKTOWN, NY – A recent Yorktown High School graduate is giving back by donating to the school district’s music department.

Trevor Griffiths, a member of the high school’s Class of 2022, donated 10 musical instruments to the district and also built bookshelves for the high school orchestra hall, according to a press release.

He said he chose the donation, which was part of his Eagle Scout service project, because of all the district music department had done for him.

“All my life I’ve been blessed with incredible teachers who have instilled in me a love of music that has led me all the way to college where I study to become a music teacher,” said said Griffiths.

The project was really a way for him to give back and hopefully get students, who might not be able to afford instruments, to play in the classroom, he said.

Griffiths, who is majoring in music education at Ithaca College, took to social media to solicit musical instrument donations, after which he worked with Yorktown High School band manager Emily Kluga to ensure they were functional.

Kluga said Griffiths was one of the most enthusiastic and dedicated students she had ever worked with.

“It made sense that Trevor would choose an Eagle Scout project that supports our YCSD music program,” she said. “His efforts are greatly appreciated and will benefit our music students for years to come.

“We are SO proud of Trevor! said Kluga.

In total, Griffiths donated three bell kits, two flutes, two trumpets, a clarinet, drums and a tenor saxophone, according to a spokesperson.

The donations were accepted by the Board of Education at its Oct. 24 meeting.