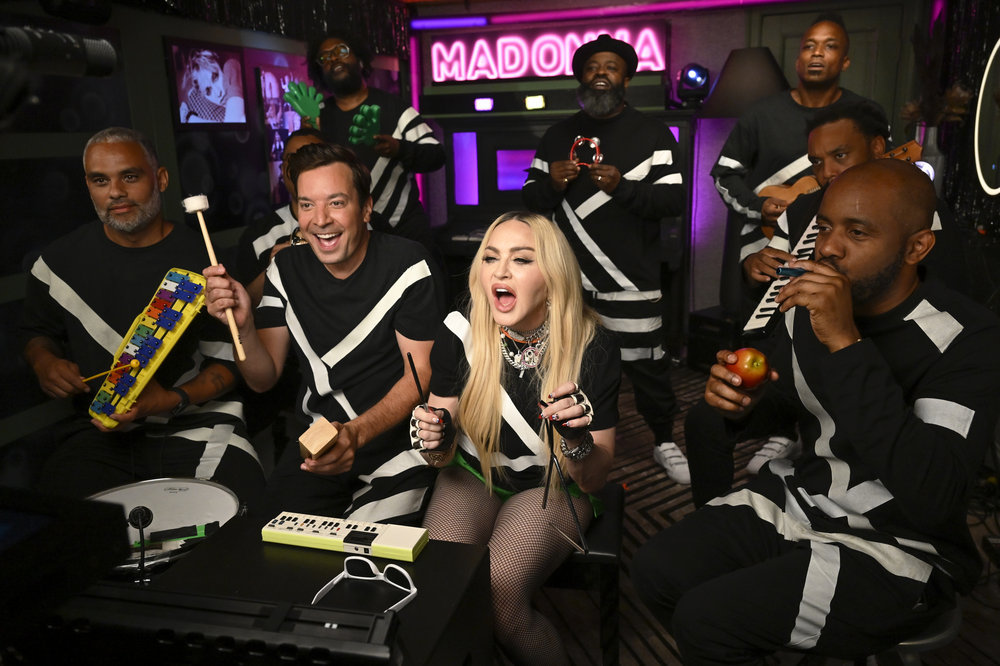 Madonna appeared on The show tonight to chat with host Jimmy Fallon about his career and took the opportunity to reinvent his 2000 single “Music” with classy instruments.

Performing with Fallon and the Roots, Madonna gave the pop song a surprisingly club-ready vibe. The pop singer played a triangle while Fallon kept the beat on a wooden block as the Roots shared backing vocals.

During her interview with Fallon, Madonna opened up about her fashion mishap at the inaugural MTV Video Music Awards and revealed that she’d be a schoolteacher if she wasn’t a singer. “I would have a very popular course,” she told Fallon. “It would be controversial. It would be difficult. I would probably end up in jail.

The singer also confirmed that the artist she most wants to collaborate with in the future is Kendrick Lamar. “His new record is, like, historic,” she said. “Mind-booglingly brilliant, yeah. It’s crazy. So talented.”

Earlier this month, Madonna teamed up with Beyoncé for a royal collab, “Break My Soul (The Queens Remix).” The remix interpolates Madonna’s “Vogue” with Beyoncé flipping the script of the iconic spoken-word section from 1990, where the Material Girl lists Hollywood stars of the Golden Age. In Bey’s take, she pays homage to current and past influential black women who have changed the game for culture — from Aaliyah, Rosetta Tharpe and Santigold, to Rihanna, Nicki Minaj and Chloe x Halle.