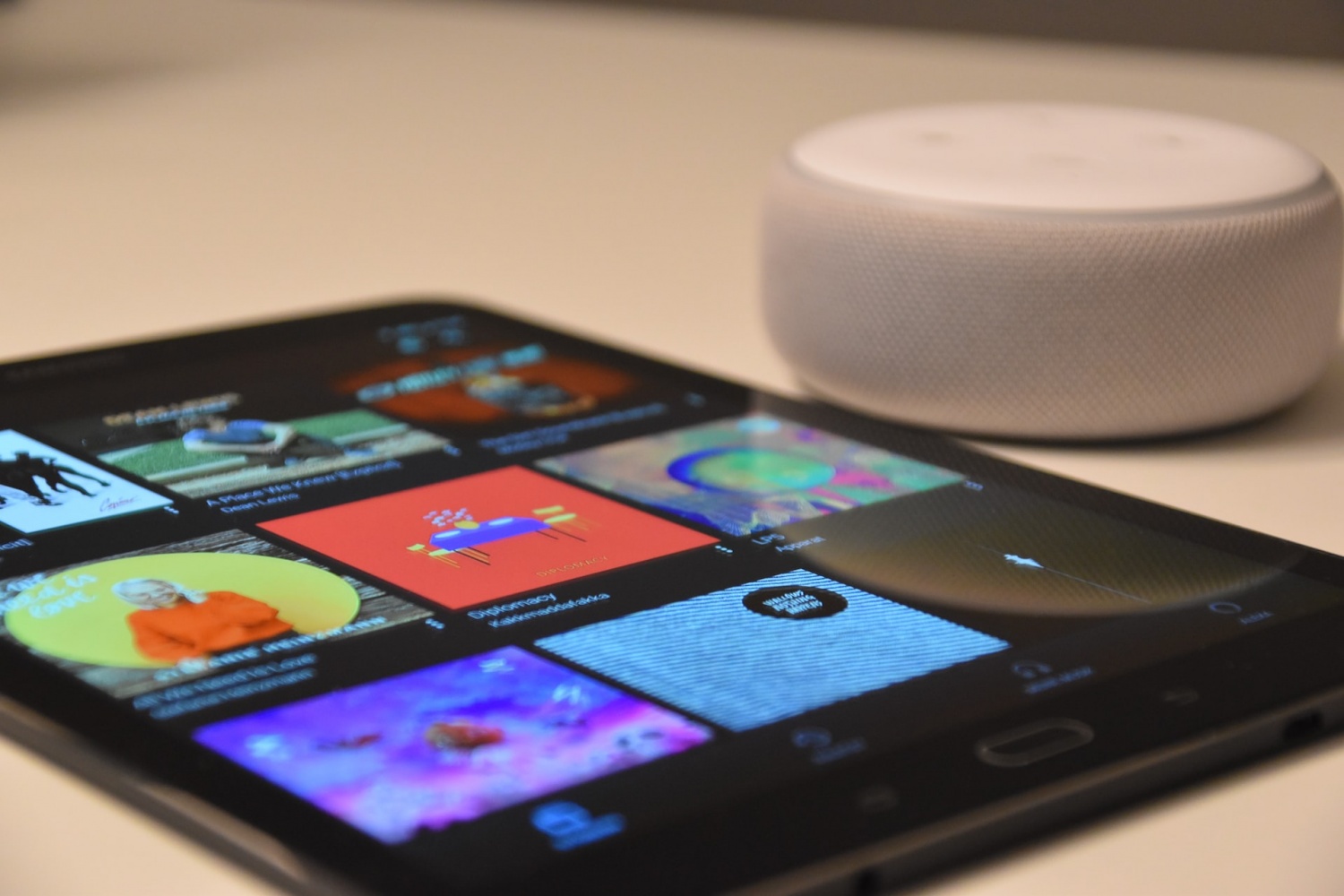 Did you know you can listen to over 100 million songs with an Amazon Music Prime subscription? Not only that, Amazon Music Prime also lets you download any song or playlist for offline listening. However, only purchased Amazon music can be downloaded for playback. It also doesn’t imply that you own the song. If you cancel your Prime subscription, you will lose access to all songs, even the so-called “downloaded” ones. To make matters a bit worse, all the music you have access to is in an encoded format that cannot be downloaded as local files.

TunePat Inc. is a software company specializing in the development of audio and video downloaders and converters. TunePat Amazon Music to MP3 Converter is not only the brand’s flagship product, but also the industry’s first smart Amazon Music download utility. For many years since the release of the software, many have tried to copy its ability to convert music from Amazon but never succeeded. Today, TunePat Amazon Music Converter has received excellent feedback from users all over the world for its 10X faster conversion speed, flawless retention of ID3 tags for songs, frequent and free feature optimization and its competent customer support service.

TunePat Amazon Music Converter is a converter that has been meticulously built over the years, and all the features are incredibly user-friendly. Since some users may want to convert multiple lists simultaneously, this application also supports batch conversion. The conversion speed is up to ten times faster, saving you a lot of time.

The enjoyment of music should not be limited. This application is ideal for breaking the grip of the limitations of the streaming music platform. The converted songs are legit and legal. You can save all the music to your computer and share it with your friends on social media sites like Facebook, Instagram and others.

TunePat Amazon Music Converter converts Amazon music from non-editable or transferable formats with specific protection to the most common and widely used audio file formats including MP3/AAC/WAV/FLAC/AIFF/ALAC. This way, even if your Amazon subscription is no longer active, you can still access your favorite Amazon playlists.

You can also change the audio settings like bitrate and sample rate to ensure good music quality and comfortable music playback experience.

Many music fans appreciate tag information. After conversion, ID3 tags such as track title, album, artist, artwork, track number and year will be retained. At the same time, you can sort the converted files by Artist, Album, Artist/Album, Album/Artist or Playlist, or store all music in one folder.

In addition to all the easy steps it takes to convert Amazon Music to MP3 by using TunePat Amazon Music Converter, it also helps to download and move music from Amazon to other devices like PS5. To be clear, two USB-A ports and two USB-C ports are on the front. From there, you can store your favorite songs on a USB flash drive and then play them on the PS5.

As everyone knows background music is one of the best feature of Xbox One, allowing players to enjoy more entertainment. However, most people want Amazon Music to be accessible to Xbox One to stream songs. You cannot enjoy this feature if it is not allowed, but you can refer to TunePat Amazon Music Converter which is an effective tool to bypass this restriction to convert music to MP3, AAC and WAV.

In general, you can enjoy Amazon Music on mobile phones, computers, all Amazon Echo devices and all Alexa-enabled devices using TunePat Amazon Music Converter to MP3 and other formats.

If you want to know how to convert Amazon Music files to MP3, there are simple steps to follow while using TunePat. When you install TunePat Amazon Music Converter on your computer, you will find that converting Amazon Music files is a piece of cake. There is no need for additional knowledge. The app is available in both Windows and Mac versions, with the Windows version used as an example here. Let’s go into additional details: 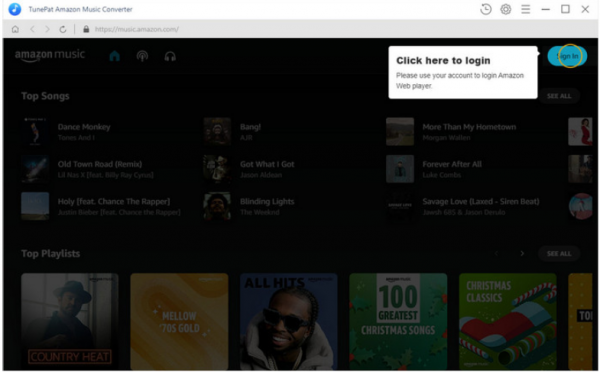 #2 Click the Settings in the upper right corner to change the output format, which can be MP3, AAC, WAV, FLAC, AIFF or ALAC, as well as bitrate, sample rate, output path, etc. For better music library management, you can also sort the converted files by Playlist, Album, Artist, Album/Artist or Artist/Album. 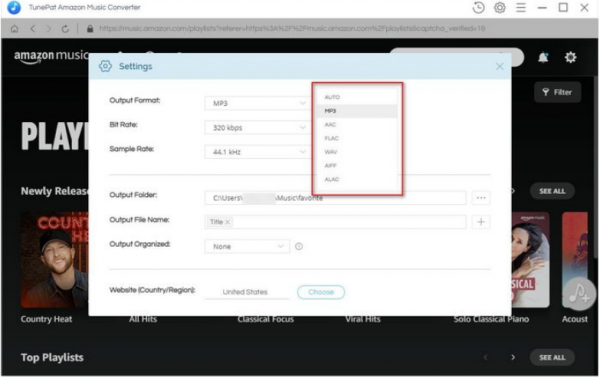 #3 Browse one of your Amazon playlists or albums, then tap the Add to list in the lower right corner and choose the tracks you want to convert. You can download the songs from the list one by one. 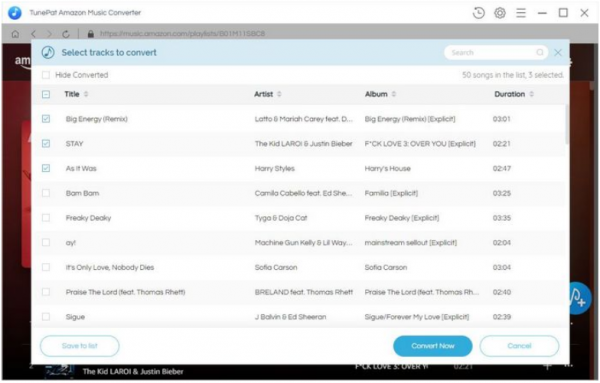 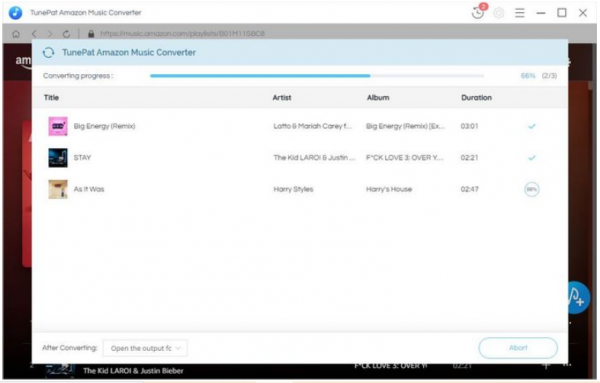 Overall, TunePat Amazon Music Converter is the best Amazon Music app to download and store Amazon Music. Songs from streaming music platforms are protected by a special format, but this tool allows you to “rescue” Amazon Music from formats that you cannot modify or transfer.

Moreover, this MP3 utility is ideal for breaking the grip of the constraints of streaming music platforms. You not only store music on your computer permanently, but also share it with your friends through social media sites like Facebook, Instagram and others.

Start enjoying your Amazon Music and save 20% on the 1 YEAR License of TunePat Amazon Music Converter Windows or Mac.

ⓒ 2022 TECHTIMES.com All rights reserved. Do not reproduce without permission.

Local musicians raise funds for instruments and lessons for children