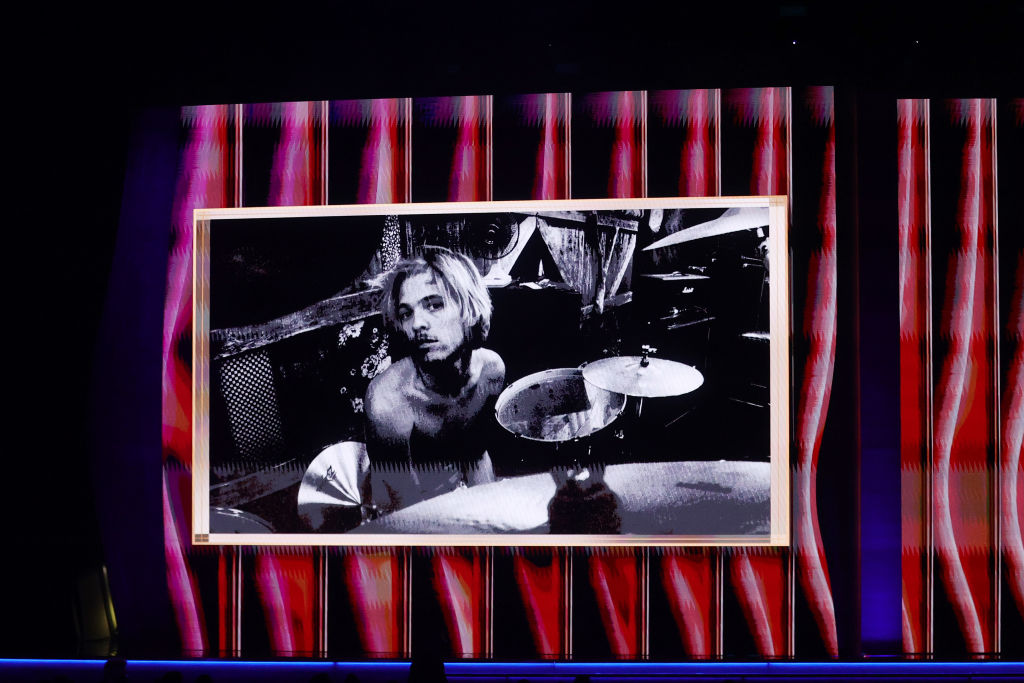 Instruments signed by many of the star performers who performed at the Taylor Hawkins tribute concerts will be auctioned next week to raise funds for MusiCares.

Hawkins’ Foo Fighters band members, including Dave Grohl, along with guests like Stewart Copeland, Krist Novoselic, Joan Jett, Kesha, John Paul Jones, AC/DC’s Brian Johnson, Queen’s Brian May and Roger Taylor, perform one of the rock legends to sign a slew of guitars, basses, drumheads and cymbals for the charity auction, which will take place as part of Julien’s Auctions Icons and Idols event from November 11.

Signature-filled instruments include a metallic blue Gibson Trini Lopez electric guitar, a black John Paul Jones Signature electric bass guitar, a white Fender Stratocaster signed by Nile Rodgers, and an Eddie Van Halen “Frankenstein” guitar signed by the participating artists. The guitars all have a pre-auction estimate between $6,000 and $8,000.

As for non-musical items, a one-of-a-kind 2022 Ram Rebel Crew Cab pickup truck, made in conjunction with Ram Truck and the Foo Fighters and featuring Hawkins badges and Foo Fighters badges, will also be up for auction with an Estimate of $80,000.

MusiCares Executive Director Laura Segura said in a statement, “MusiCares was honored to be the non-profit US recipient of the Taylor Hawkins Tribute Concerts, and we are proud to partner with Julien’s Auctions on this incredible collection. . We are committed to helping the humans behind the music because music gives so much to the world, and this auction continues the beautiful celebration of Taylor’s life and immense contribution to the music industry.