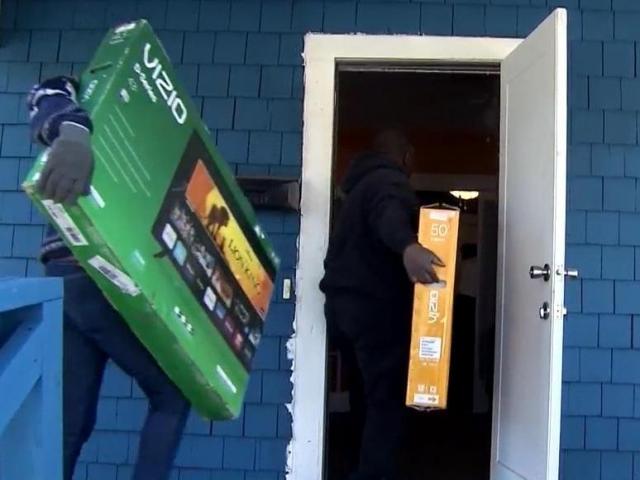 Fayetteville, North Carolina — A local businessman donated a truckload of supplies to an arts program after instruments and supplies worth thousands of dollars were stolen.

Velton Brown said he couldn’t believe keyboards, guitars, saxophones and other instruments were donated to help get his Art Exp’osion program going again.

In November, someone broke into his apartment building on Lamon Street in Fayetteville and stole everything, including the program’s checkbook, files containing personal information, and Brown’s identity.

“I received a phone call from a young woman and she told me that the owner of their organization would like to donate some items to our program, and [Monday] it happened,” Brown said.

The man was Bob Moulton, the president of National Pawn, which has 23 stores across the state, including one in Hope Mills. Moulton said he saw the WRAL News story about the theft and wanted to do something about it.

“Well, I said, ‘He’s a guy that’s really doing good things for the community and we need to reach out and help him,'” Moulton said.

Moulton said he played in his high school band in Durham and remembers how difficult it was for his mother to provide instruments and lessons.

“I actually played in seventh grade. I wanted to be the band and my parents couldn’t afford to rent a $25 instrument for me, so my mom bought a $15 trumpet at a garage sale and that’s how I started.” Mouton said.

Brown said that over the years about 8,000 children have participated in his program.

Brown said he hopes the program will be up and running again in February.