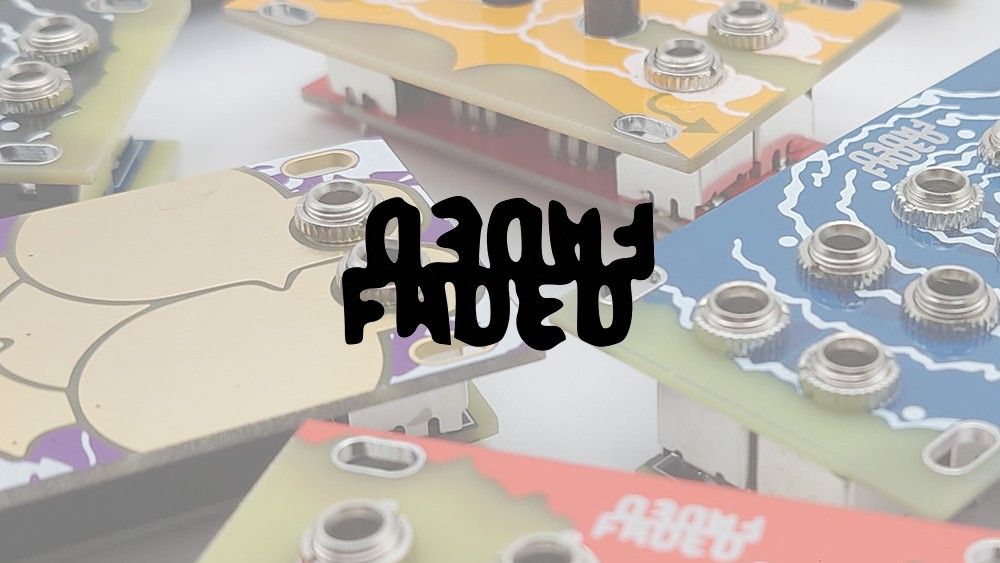 Software maker Faded Instruments doubles down on its Faded Toolbox

While some hardware companies are struggling to deliver the goods during the global shortage of electronic parts, it seems not everyone is so biased.

Adopting the Eurorack form factor (of course) but manufacturing their own bespoke colored cases, this is a set of Itelligel 1U modules which are all fully passive. So there is no electricity needed.

The team also teased larger modules along the way, up to a full 3U active synth and a modular physical version of some of their famous plugins.

Jangler is described as a “Touch Based Signal Masher Upper” that uses your body as a conductor to modulate the signal so – as the team puts it – “you become the jumper”! Potential uses they suggest are using it as a mixer with your movements determining the output mix, a paneer and even a clock ‘twanger’ to create unique beats.

This is a simple signal switch with a mute function. Use it as 1IN/2OUT to switch between sending your signal to two different places, or use it as 2IN/1OUT to switch between two inputs. Each Switchertine has two identical switch sections, and each switch has a center position that mutes the signal. The team describes it as “simple, basic, but very useful!”

Attenulos are a pair of attenuators with logarithmic knobs that give a curve response as they are increased. Again, the system is completely passive, no power is required.

Multy is a passive dual 1:3 or single 1:6 multiple output. Now you can easily split one signal into three, two signals into three, or one signal into six. If nothing is plugged into the input of one of the mults, it will just duplicate the other. So it’s both a 1:3 or a 1:6 mult.

Is a small modular patchbay that can sit in the center of your system, keeping things organized while running signals in and out of the box. While currently offered in 4in/4out or 6in/6out, it is also available as a “Plus” version with variable multi functionality.

Now get two for the price of one with two attenuators and a mixer in one unit. Attenumixto is a dual passive attenuator and/or two-channel mixer. As an attenuator, the knobs are linear – which some people say is better for CV than audio. As a mixer, the knobs are more logarithmic.

And head here to learn more about the Faded Toolbox and place your orders.