Maybe you were impressed by the great tunes played on a pipe organ, enjoyed the cheerful music produced by an accordion, or tried playing a tune on a harmonica. Did you know that all these instruments would not be what they are without the brilliant invention of the reed used on the shenga traditional Chinese free-reed instrument, which inspired most other free-reed instruments in the world?

The sheng is considered the inspiration for free-reed instruments outside of China. It spread to West Asia in the Northern Dynasty (386-581) and the Tang Dynasty (618-907), then appeared in Europe around the 17th century. The organ, accordion and harmonica are all descendants of sheng.

The sound of the sheng is made by the vibration of the reeds and chambers produced by exhaling or inhaling into the mouthpiece and pressing specific holes on the pipes. It is the only traditional Chinese instrument whose sound can be produced as the musician inhales and exhales. Even more amazing, it is a polyphonic instrument, which means that it can produce several notes at the same time.

Mainly made from bamboo sticks, the sheng consists of five main parts. The tobacco pipe-shaped chamber at the bottom is called the sheng chest; the component at the front is the mouthpiece; sets of bamboo sticks called sheng pipes are placed in the chest; each pipe has a round opening, called a finger hole. Additionally, a reed is placed on each piece of bamboo pipe, allowing each reed to produce a note.

The techniques used to make the sheng are very complicated. In addition to the exceptional techniques required to make these small bamboo reeds, it takes skilled hands to cut them to the exact height. 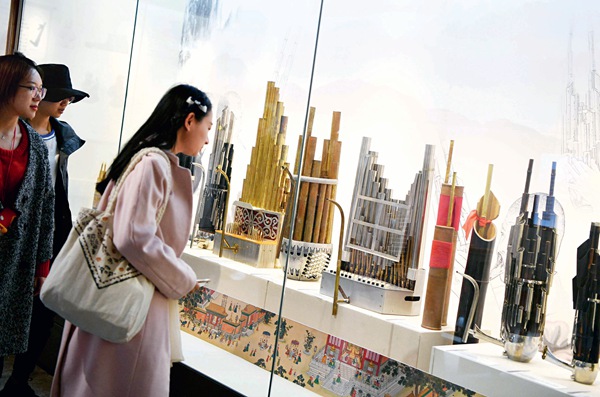 At the beginning, a sheng had 13 or 14 reeds, later some had 17, 21, 24, 26 or even 27 reeds, but each was considered a traditional sheng. After undergoing continuous reforms and attempted changes by generations of musicians, a number of changes have been made to the shengranging from its tone, volume and note arrangements, as well as its appearance and weight.

The sheng is a polyphonic instrument, several notes of which can be played simultaneously. Therefore, the sheng is an ideal accompaniment instrument. As the Chinese proverb says, “Sheng and wind instruments never leave themselves alone.” 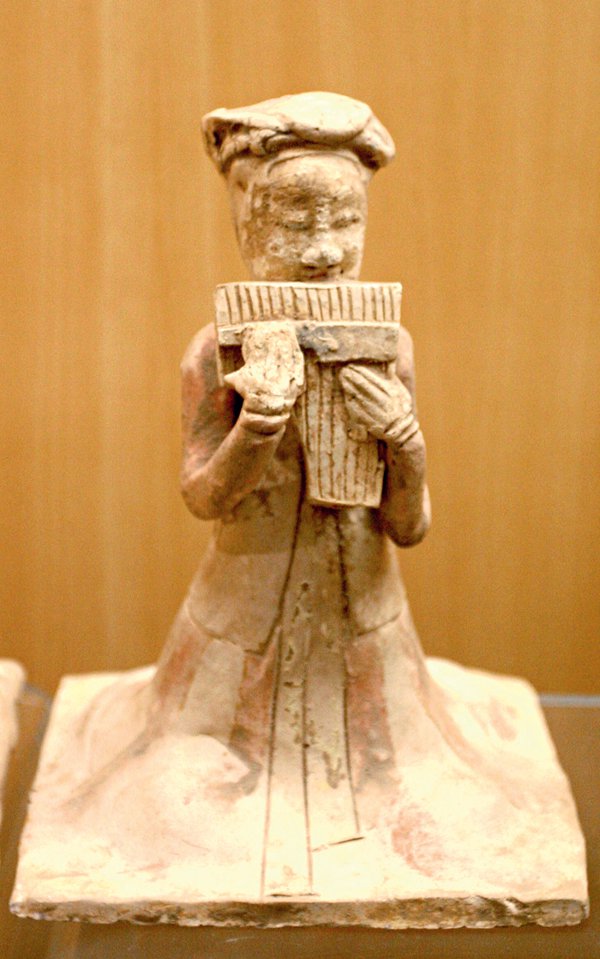 According to Chinese legend, the goddess Nü Wa, who created humans out of mud, invented the sheng. The Book of Documents and The Classic of Poetry contain the first written traces of the sheng. During the pre-Qin period (before 221 BC), sheng was the main wind instrument played in China. However, after the rise in popularity of plucked string instruments, the popularity of sheng declined and it became an accompaniment instrument in Chinese orchestras.

After the founding of the People’s Republic of China in 1949, the development of sheng began to take an upward turn. A number of music schools included sheng play as part of their programs and generations of exceptional sheng players have emerged to meet the demands of the new era.

The traditional sheng cannot meet the requirements of orchestras in aspects such as chords and choruses, but the contemporary sheng can – and does. In the 20th century, a group of sheng covering treble, midrange and bass have been designed to better meet the needs of orchestras. In addition to being an accompanying instrument, sheng has grown in popularity in recent years as a solo instrument. The sheng used to play solos is usually a traditional hand-held model or a treble sheng with additional keys.

At the end of the Qing dynasty (1616-1911), Wu Qirui (1882-1932) established the Hongyin studio in Beijing. For the past several decades, Wu’s descendants have dedicated their lives to studying and saving the art of making the sheng. In 2011, China added Hongyin Studio’s sheng-making handicrafts to the list of intangible cultural heritage items of the country. Popular with the younger generation

Sheng is not only admired in Chinese culture, but also loved by many foreigners.

Ling Bo is a young sheng professor at College of Arts, under Beijing Language and Culture University (BLCU). Ling has been working there since 2016, two years after the college was established. Originally, the art course was a minor course given to international students who made up half of BLCU’s student body. 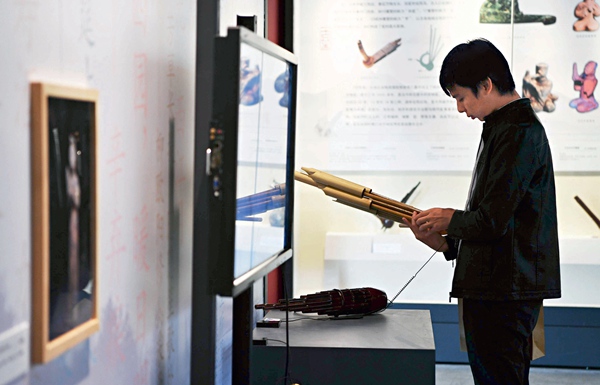 Ling notes that most of his international students had never seen a sheng until they take their first sheng to classify. “They are sincerely interested in the traditional Chinese instrument. They think that even if sheng has a complex design, learning to play the instrument is not that difficult,” Ling said. Each international student, whether he follows sheng as a major or minor course, must learn at least one short song during the course and must perform it at the end of the semester. 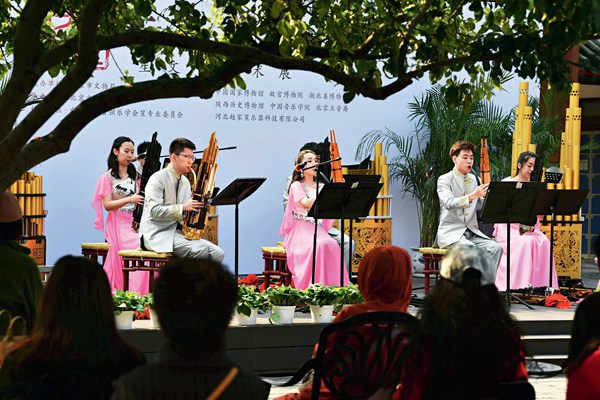 One of the traditions of the college is to organize a music fair at the end of each semester, during which Chinese and foreign students play Chinese instruments together or alone in small groups. During the concert, students usually dress in traditional costumes from their own cultures, while playing Chinese instruments. “This is an extraordinary cultural exchange,” Ling said.

According to Ling, rich cultural connotations can be found in the sheng. “When performers play the shengan inhale and an exhale are like yin and yang, a traditional Chinese philosophical concept that describes the inseparable and complementary elements of the universe.” For Ling, who played the sheng for more than 20 years, the instrument has been a bridge linking it to nature. “The trunk represents the earth, the reeds are seeds, and these bamboo pipes are the crops that grow on the earth. A harmonious bond between the earth and humanity is embodied in the sheng“Ling observed. Every time he plays the shengthe music rendered becomes a sincere and humble prayer to the earth and to humanity. 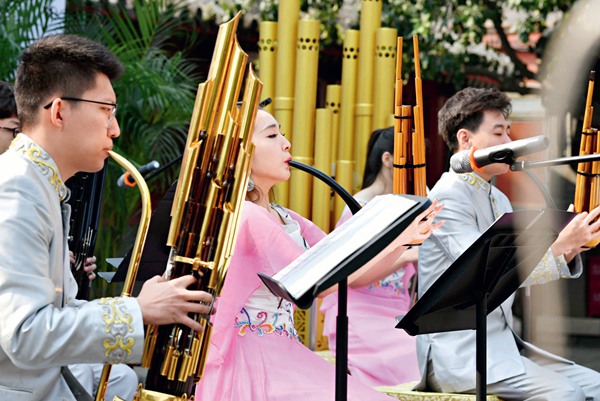 “I hope the audience will perceive the harmonious relationship between nature and humanity through the sound of sheng“, said Ling. There are now hundreds of young professionals sheng players in China and more young amateur players who enjoy playing the instrument in their spare time. This ancient instrument with a long history will never be forgotten, and it will continue to be passed down and played by future generations.

It starts with instruments and theory, but the Roots of Music program aims to change the lives of children in New Orleans | Entertainment/Life