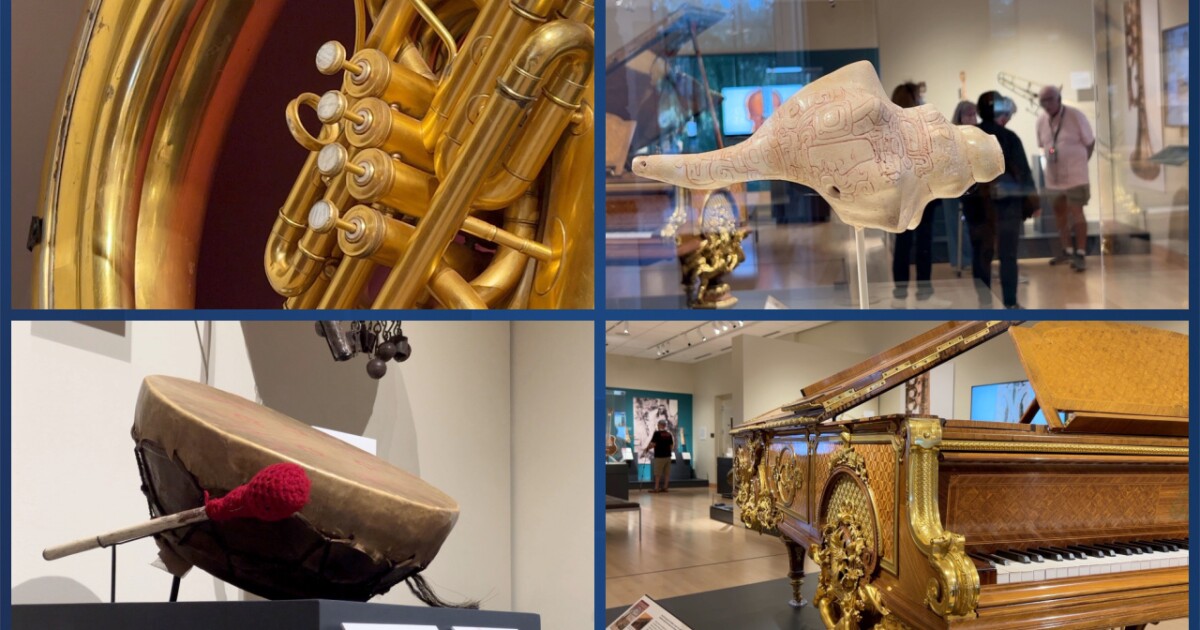 See instruments dating back thousands of years at MIM

A new exhibit at the Musical Instrument Museum – “Treasures: Legendary Musical Instruments” – aims to showcase some of the one-of-a-kind musical instruments and artifacts that have been discovered and preserved throughout history – with at least one dating back to about 6,000 years ago.

The first full-size guitar, as we know it today, is on display, along with Jimi Hendrix’s Black Widow guitar. There are historic Chinese drums and an ancient trumpet made from a conch shell engraved with cultural markings and symbols.

“I think we all hope that when people come to see this ‘Treasures’ exhibit, they kind of rethink their own definition of treasures because we give them lots of opportunities to imagine the rarity of an object, the qualities clever of an object, the historical value of an object and they are all considered treasures, ”said Rich Walter, curator for the United States, Canada and Europe at MIM.

“At the end of the day, that’s really the whole point – it’s to recognize and celebrate the fact that for thousands of years people have determined that music should be a really central and important part of their lives. life, ”he said.

The gallery, located on the museum’s first floor, displays around 80 artifacts, such as a magnificent grand piano dating from 1989 and the world’s largest tuba-like sousaphone, whose bells have been engraved with various designs. and markings.

There are also headsets that people can wear to listen to an audio tour throughout the gallery.

The exhibition opened on Friday and is expected to remain open until at least September 2022, Walter said.

Admission is $ 14 to $ 27, which includes admission to the “Treasures” exhibit and the rest of the museum. Currently, the museum encourages advance reservations and on-time admission tickets for the exhibition.

Arlington School of Music keeps the torch lit for 20 years