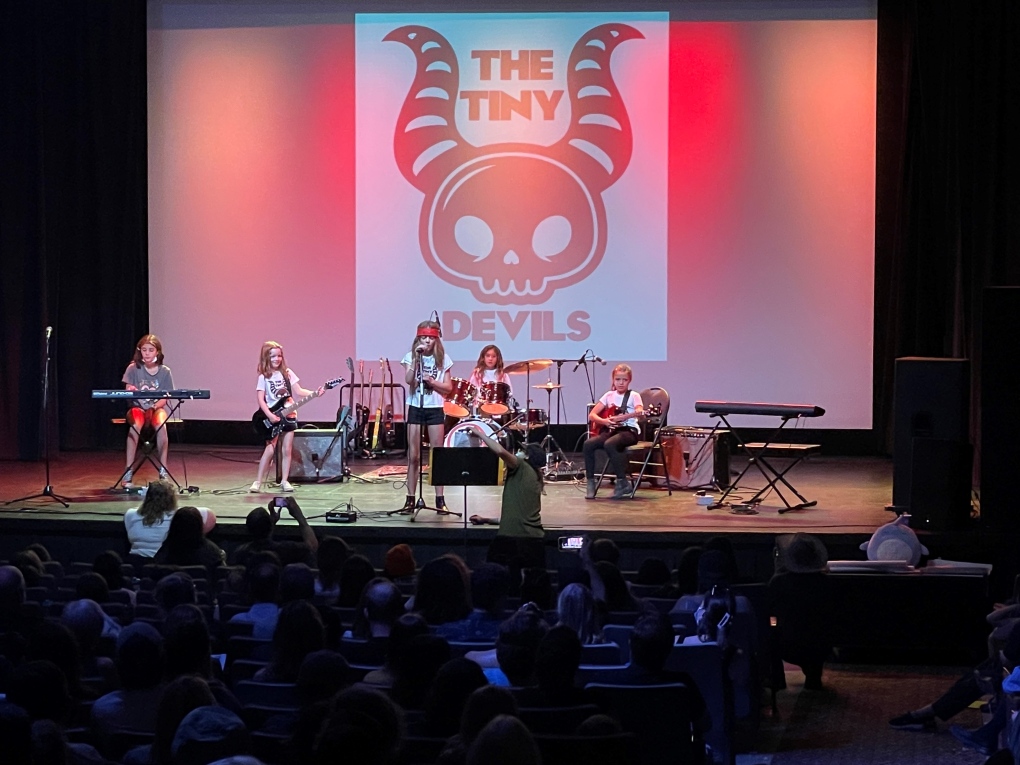 A group of young musicians, creators and performers capped off a week-long camp with performances at the Broadway theater on Saturday.

Girls Rock Saskatoon is a chance for kids ages 9-14 to learn a brand new instrument, form a band, and write a song to play at the end of the week.

“It was pure excitement and happiness that we could once again bring children and adults together in this way to be really supportive and supportive after so much time of isolation and separation,” said Whelan, who has added that the children’s response to trying a new skill and improving their knowledge of others has been rewarding.

“It was intense, in a very positive way. I think the kids were really ready to do something like that. do something creative, do something collaborative that doesn’t really go through a screen, probably for the first time in a few years.

A member of newly formed band “The Crows,” Autumn says taking on the challenge of a new instrument and starting a band seemed impossible on day one.

“At first, I wondered how is this possible? How are we going to master this instrument and a whole piece in a few days? she wondered. “But we did and it worked really well.”

Georgia, a member of “The Crows,” said she’s been waiting for the chance to come to Girls Rock Camp for more than two years.

“I signed two years ago, but COVID happened,” Georgia said. “Then I didn’t go for a year, so I’ve been waiting for two years and I was super excited.”

For Riel, who played drums for the first time this week, anything is possible when you put your mind to it.

“I learned the drums pretty quickly, and in my opinion it’s pretty easy,” said Riel, who said he was hesitant to come to camp because it was in the last weeks of summer.

“I thought I wouldn’t want to come to camp, but in the end, I’m really glad I did.”

Whelan said the dream was to bottle that energy and positivity from Girls Rock Camp and share it with even more people.

“It’s acceptance and meeting people where they are, and that always warms my heart,” Whelan said.

“And I wish we could take the pedagogy of Girls Rock Camp and spread it further into the community and reach more adults as well because the message that these kids have is always overwhelmingly positive.”