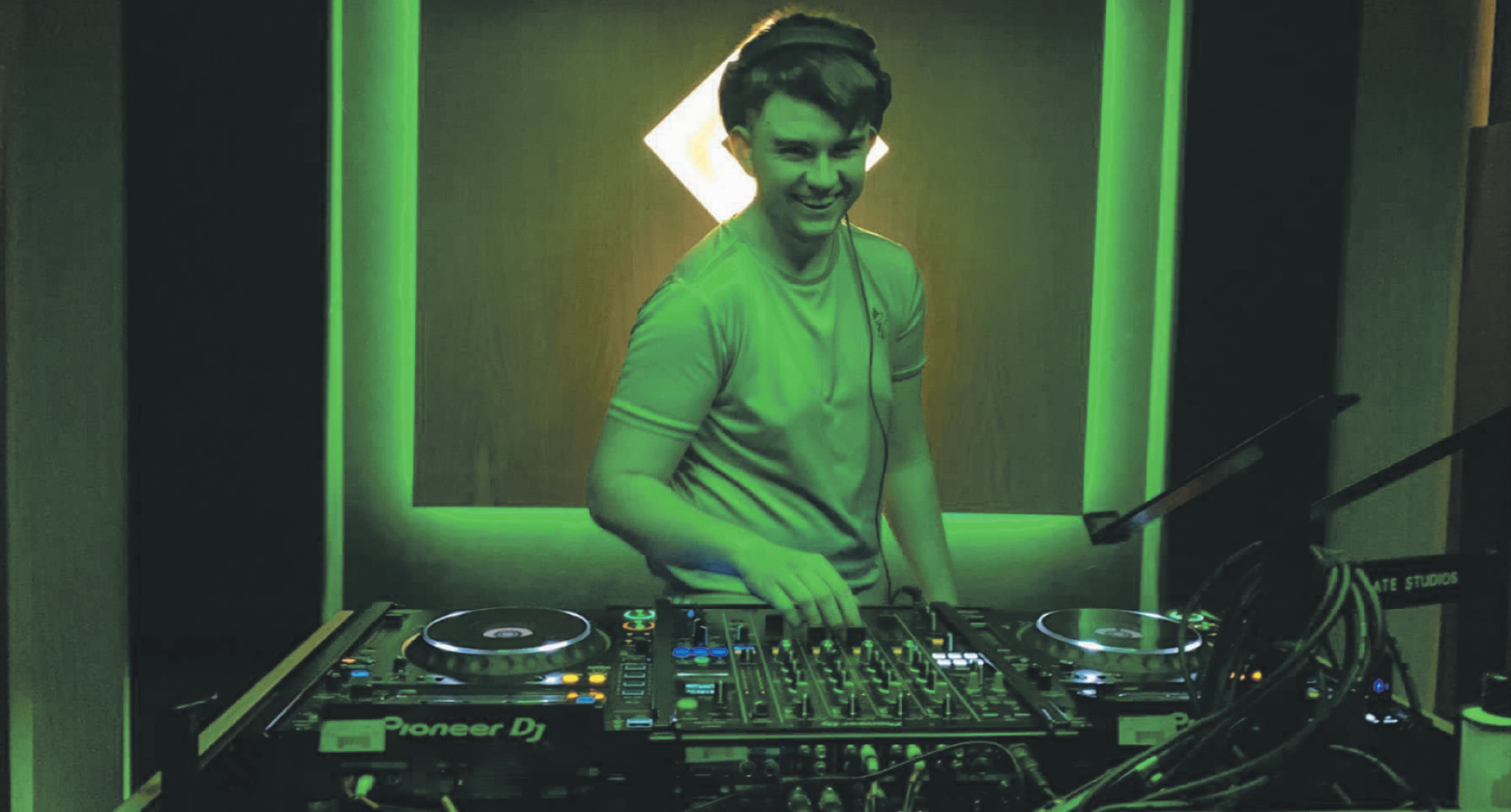 RMS is an electronic music school and entertainment company that offers DJ lessons, music production, audio recording, editing skills and also caters to corporate and private events. Located behind the Ringsend and Irishtown Community Center (RICC), it is run by local entrepreneur Pierce Rooney and has grown over the past six years.

Pierce, a self-taught DJ with over 30 years of experience and over 20 years of teaching, grew up in the 80s, a time when things were tough for many people and families. He always had a passion for music and got into it during his teenage years when he used to go to his nanny Rooney’s flat in O’Rahilly after school. She had an old radiogram from the 1940s and he was fascinated by the recordings and how they worked. Pierce inherited this X-ray after his nanny died in the late 80s and had it in his bedroom. His older sister Christine bought vinyl records to play on and Pierce used to “borrow” them to scratch on the radiogram. He then got his first set of turntables and he used the radiogram for the stand to hold the turntables and he learned to mix through turntables.

After the radiogram phase, Pierce signed with good labels like Tripoli Tracks and Tidy and moved around the UK from time to time for nearly 11 years, working for various producers, doing gigs and working with different bands. He traveled the world taking part in some of the biggest events and meeting people he had always looked up to.

Pierce has had his own label called Unity Records since 2005 and released his own music, which he still does today. After many globetrotters he decided to return home to Ringsend with his dream of opening a music school and being able to teach on a larger scale. In order to save on rent and keep his prices low, he approached the Community Center (RICC) and told them his vision for the community. They took in Pierce and he started RMS at the Irishtown Youth Center (RICCY’S) in 2016 with a few laptops and some controllers where he could teach classes focusing on digital and analog djing and some music production. After three years and after receiving a Sean Moore Community Award in 2018 for all his incredible work with young people, Pierce was offered a space to rent at the back of the community center and his dream of a music school came to an end. started to materialize in earnest. In a twist of fate, behind the wall is where his nanny Rooney lived in the apartments and where it all started for Pierce, so it was kind of a serendipitous moment that came full circle where RMS would go on to live and thrive. .

Students who have excelled

One of the first to knock on Pierce’s door in RICCYS was Raymond Alwright, despite having Down Syndrome, who wouldn’t let anything stop him from achieving his dream of becoming a DJ. Raymond was so eager to learn that he never missed a class and at the end of the first year he won the award for best DJ. Under Pierce’s guidance and support, Raymond got a job at the local pub, The Shipwright (Sally’s) to DJ on a Saturday night and they loved it there. Raymond’s confidence has since skyrocketed and he pursues his next goal of becoming a nightclub DJ. Raymond’s parents are so proud of their son and cannot thank Pierce enough for all of his dedication and commitment over the years with Raymond.

Another of his proteges is Holly Larkin, who joined RMS when she was just nine years old and exceeded all expectations of a natural talent. She grew from a young girl to a young woman of 16 playing in some of the biggest clubs in the country. Holly has a residency with Insignia Nights and she performs to 1200 under 18s a few times a month in a controlled environment. Holly has been on RTE and is having some amazing experiences. She also teaches and helps the after school group with all the knowledge she has acquired so far. She inspires so many young children and proves that nothing is impossible if you keep believing in her.

Pierce first created RMS with the help of ICE (Inner City Enterprise) and he started building his school with all his DJ equipment, cutting edge software and hardware, from old school analog to in the digital age. It has software that is the basis of the sound of music, machines like the TR808, TR909, TV303 among others that without them we would not know dance music, techno, acid house and hip hop.
Most people don’t start learning about this industry until they’re 17 or 18 because that’s when the club scene is more present in their lives, but in RMS Pierce offers children and young adults the gift of learning all about DJs, Djing and all the different different levels that he has set up in the school.

Pierce also has a connection with BIFE (Bray Institute of Further Education) a college dedicated to electronic music production, and collaborates with Doug Cooney and Sunil Sharpe who are teachers at the college. Thus Pierce’s students aged 15 or 16, and arriving at the end of secondary school, who wish to follow a level 3 course in music, can progress to the BIFE. Conor Cullen was the first of the students to move from RMS to BIFE and passed with distinction in all of his classes. Conor is a DJ for events and parties and has the talent to go the distance. Pierce advises and encourages all students to pursue 3rd degree if that is what they wish to do.

Some students don’t necessarily want to be a DJ but they find other aspects of the club enjoyable, like the social aspect, learning to work in groups, learning to interact with each other and it makes a huge difference in their way of thinking and how they do things. Everyone benefits from RMS, the community at large, local businesses and especially children.

Pierce’s philosophy is one love, one family, whatever your status or ability. Everyone is welcome and there are plenty of children from all over Dublin, not just Ringsend. It’s such a unique thing that Pierce does in RMS it’s never been about making a lot of money it’s about improving and improving people’s lives and it’s a beautiful thing to see.

He also works with many different organizations in the community and only recently added a new class to the schedule, a music and games club for older children from NIRP (Neurodiversity Irishtown Ringsend & Pearse St) and they have a wonderful time. Additionally, RMS is involved in charity events and always offers its services to the community when needed. Pierce also liaises with the local Gardaí and is very proactive in approaching young people who might be showing signs of anti-social behavior, and inviting them to RMS to relax, play pool, video games or just chat. He has a good relationship with these children and they respect him too.

At the moment, Pierce is an individual entrepreneur but is in the process of becoming a non-profit organization, which will allow him to apply for financial grants that will greatly benefit the school and its students.

It was music that brought Pierce to where he is now, music grabbed him and changed his life.

He has an endless array of knowledge and technical expertise while being so grounded, selfless and easy going with an amazing work ethic. What he aimed to accomplish here, he has done ten times in every way, smashing so many goals and always adding new ones. The things Pierce dreamed of for the students are all coming to fruition and it makes him so proud to see them on their journey with music, as young children growing into young adults.

And that’s why our community is so lucky to have Pierce Rooney.

Classes at RMS are all-inclusive and the time allocation is as follows: