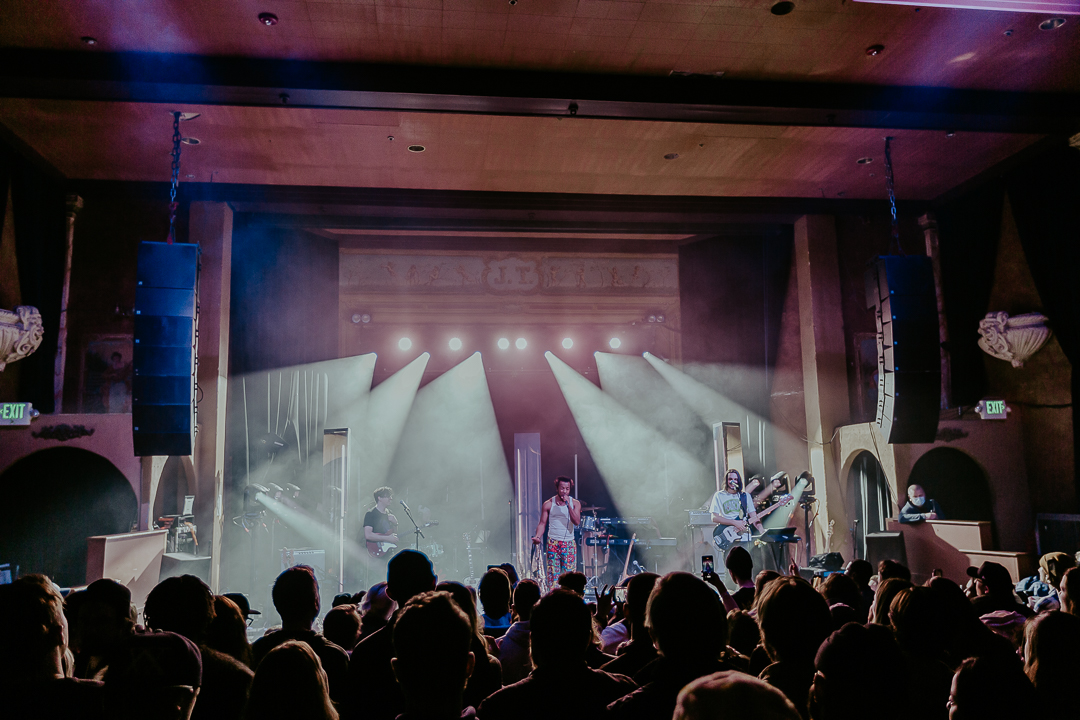 Last weekend, Cautious Clay blessed the Bluebird Theater with a sold-out two-night tour filled with jazzy sax solos and a mix of musical genres from early 2000s emo-punk to R&B. soulful indie-pop. An undeniably talented musician, Cautious Clay and his touring band embraced the live setting, giving themselves plenty of room for guitar solos, wind instruments and impressive set design that worked together to deliver a surprisingly fun experience.

Cautious Clay makes the kind of music that plays just as well (if not better) live. That being said, it would be easy to let her angelic vocal talents and laid-back vibe carry the majority of her performance. The crowd would probably have been happy to hear their favorite songs played exactly as they were recorded. Thankfully, throughout the first night, Cautious Clay continually explored different elements of musicianship, sensing the crowd and leaning into the shifting paradigm of each track the band performed.

As the lights reflected off three slowly rotating vertical mirrors between the band members, Cautious Clay kicked off with a bang, immediately injecting vibrant energy into every note. After the flute made a welcome appearance near the end of the first song, Cautious Clay’s “Joshua Tree” rang out as the crowd exploded with excitement and swaying bodies. Every aspect of “Joshua Tree” fit perfectly into the overall performance which shone with a jazzy saxophone solo and impressive vocal performance.

Although Cautious Clay danced around the stage for the majority of the high-energy performance, the band carefully took a step back to give some respite to a stripped-down acoustic performance of “Artificial Irrelevance,” which gave Joshua Karpeh , the creative mind behind Cautious Clay, time alone in the spotlight to perform introspective lyrics about a difficult relationship torn between self-contained desires and romantic comfort.

The slower pace didn’t last long, and the band entered the final leg of their first night with a playful enthusiasm that made tracks like “Dying in the Subtlety” and “Rapture in Blue” shine. Of course, Cautious Clay couldn’t leave the stage without performing his biggest hit “Cold War,” which served as the perfect encore to end the first night of their eclectic live performance. 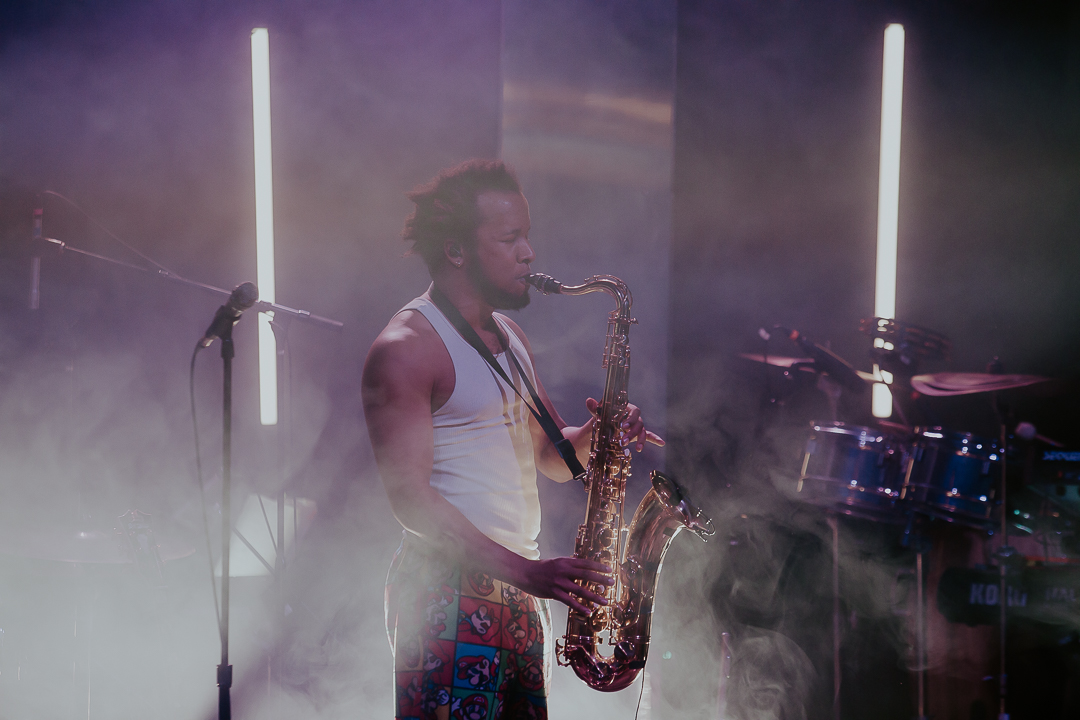 On the second night, Julius Rodriguez’s groovy jazz ensemble serenaded the eager and excited crowd. As Cautious Clay effortlessly took to the stage, he opened up to fans about being an introvert, sharing that music is the vehicle through which he speaks to others. “That’s what brought us all together here,” he said. His authenticity and casual composure spoke to the crowd, who cheered him on with every syllable.

The synergy between Cautious Clay and his band was evident – as the night went on, the smiles widened across each member’s face, prompting the crowd to follow suit. He brought a young and passionate energy to the performing arts. When Cautious Clay held his guitar upside down (he was never taught to play left-handed) for “Wildfire,” everyone in the intimate room could breathe the soul. The song is the best track from her album, “Deadpan Love,” released last year, and explores how people’s intentions sometimes get lost in translation.

As he rotated between an impressive array of instruments (even beatbox with a flute at one point) and graced the stage left and right, Cautious Clay added an extra zest to his latest performance in the Mile High City. , paying particular attention to the reach of the front row hands. His sheer talent left its mark on the attendees as many were already reliving the performance upon exiting the Bluebird.

All photographs by Brandon Johnson

Stories saver for Instagram and stories downloader will rock in 2022