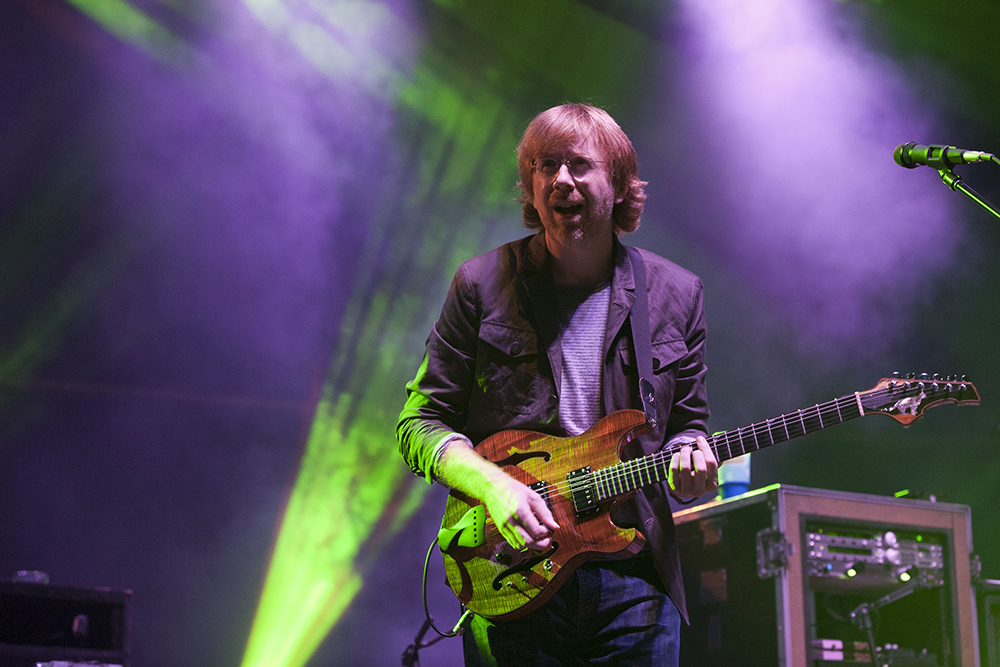 
(CelebrityAccess) — Phish guitarist Trey Anastasio took to his social media and posted a nearly 20-minute video about teaching guitar. Anastasio focused on rhythm in the first video of the instructional series. In the video, he says that many music instruction books and videos make the basics too complicated.

“I had this flash moment where I could do tiny little music lessons for young people starting out on any instrument and share some of the things I learned,” Anastasio wrote. He also hinted at using social media for something positive, as social media often leaves him feeling uneasy. “I go to bed early because I can’t wait to wake up and play guitar in the morning. I wish everyone had that feeling, so maybe I can help with that,” he said.

Anastasio explained time signatures, talked about how the Talking Heads’ “Remain in Light” influenced his guitar playing, and said more than once that anyone can play music. “As long as you’re sitting at home, you might as well get out of the crazy two years we spend playing an instrument.”

Near the end of the video, he states that another lesson will be released tomorrow, while stating, “I hope I do it again.” As of press time, a new video has yet to be uploaded. You can see the first lesson on its official website INSTAGRAM.