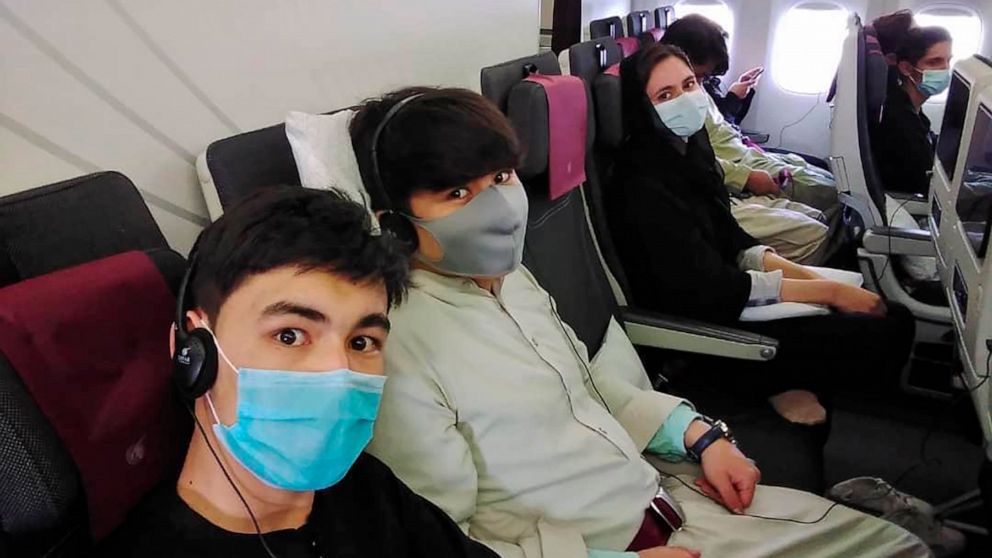 Over 100 Afghans from music school fled the country

Dozens of students and teachers from a major music school in Afghanistan were transported to safety en route to Portugal, where the government agreed to grant them asylum.

They were on a flight carrying 235 people from Kabul International Airport in Qatar on Sunday. It was the largest airlift for Afghan nationals since Taliban fighters seized Afghanistan in mid-August, two weeks before the United States and NATO withdrew their forces from the country after a 20-year military presence.

“You can’t imagine how happy I am. Yesterday I cried for hours, ”said school founder and principal Ahmad Sarmast from his home in Melbourne, Australia.

The musicians join tens of thousands of Afghans, including many from the country’s sports and arts scene, who have fled since August. Among those recently evacuated are the Afghanistan women’s robotics team, known as the “Afghan Dreamers,” and a women’s soccer team that relocated to Mexico and Portugal, respectively.

The last time the Taliban ruled the country, in the late 1990s, they banned music altogether. So far, the new Taliban government has not officially taken this step. But musicians fear a formal ban will come. Some Taliban fighters have started to enforce the rules themselves, harassing musicians and concert halls.

Afghanistan has a strong musical tradition, influenced by classical Iranian and Indian music, and a thriving pop music scene has flourished over the past 20 years.

The Afghan National Institute of Music, founded by Sarmast in 2010, was once famous for its inclusiveness and emerged as the face of a new Afghanistan, performing to crowded audiences in the United States and Europe.

Now its classrooms are empty, its campus guarded by fighters from the Haqqani network, a Taliban ally considered a terrorist group by the United States. The teachers and 350 students have not returned to school since the Taliban took power.

About 50 female students were on the flight on Sunday, most of them members of the all-female Zohra orchestra, in addition to former students, teachers and relatives. The 101 group represents about a third of the ANIM community.

Sarmast is now planning to recreate the school in Portugal, so that students can continue their education with minimal interruptions, and is already looking for ways to get them musical instruments as soon as possible. He hopes the remaining students and faculty will depart on another flight later this month.

“We want to preserve the musical tradition of Afghanistan outside of Afghanistan, so that we can be sure that one day when conditions are better in the country, hundreds of professional musicians will be ready to come back and rekindle the music. music, ”he said.

“The mission is not over, it has just started.”