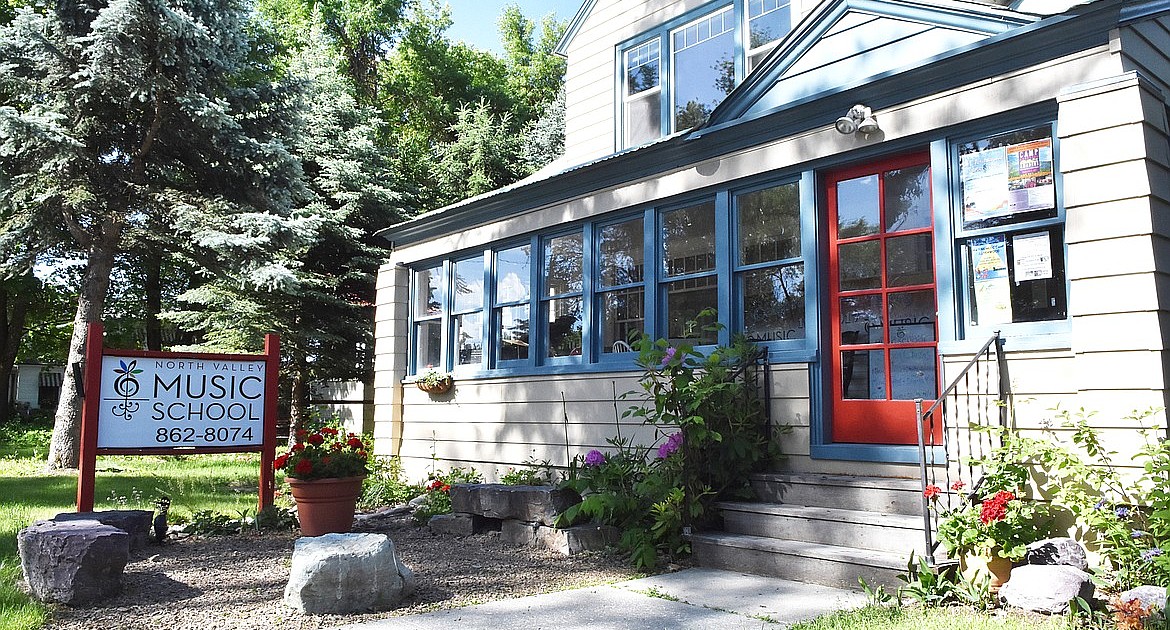 Whitefish’s North Valley Music School has collapsed on the seams of the renovated house on Spokane Avenue, where it holds music lessons, lectures and small recitals.

For about 25 years, the nonprofit school has served thousands of students, but for some time now it has needed more space to accommodate its growing programs. The school recently received initial approval from the Town of Whitefish to lease land to Smith Fields to build a future music school.

Deidre Corson, executive director of the music school, said the school had been working on plans for a new building for 15 years.

“We are so excited and grateful to the city,” Corson said. “Our current location has been good, but as the city has gotten busier and the school has gotten busier, it’s really time to move to a new location. ”

The music school welcomes around 500 students per year. On average, around 275 students of all ages come to school each week for private lessons and another 50 per week that are part of group or ensemble lessons.

To meet demand, the school is renting additional space at the First Presbyterian Church, and parking near the school is a challenge.

“It really has become a safety issue, especially as Spokane Avenue gets more and more crowded,” Corson said. “We like being downtown, but we just don’t have a lot of parking options or enough for all of these students.”

Whitefish City Council recently voted in favor of the school’s request for land use at the north end of the park, although a formal long-term lease agreement will need to be negotiated and approved.

Mayor John Muhlfeld said he looks forward to supporting the long-awaited project and hearing public comment as it evolves.

Corson said the music school continues to provide musical opportunities for students of all ages and backgrounds.

“We’ve offered half a million private lessons over the years, we’ve had concerts and recitals all over Flathead Valley,” she said. “We are making sure that anyone who wants to take music training can get one at NVMS – this year we have offered $ 20,000 in music scholarships. We have enriched our community with music programs for all ages.

SCHOOL is planning a fundraising campaign to raise money for the construction of a new facility. Plans call for the building to include 12 soundproof private studios, a group classroom, a multi-purpose hall for recitals and events, state-of-the-art audio and visual equipment and technology for virtual music education. In addition, the project should include an outdoor music park and a community amphitheater.

“We would like to provide a safe, inclusive and accessible musical home for future generations of music students of all ages and abilities,” she said. “The outdoor music park and performance area would be a benefit to the community, and the multi-purpose hall could be used by the public. ”

The location at Smith Fields would also provide easy access for students who are also at Smith Fields for athletic activities, she noted, and those coming from Columbia Falls and Kalispell.

Corson said the school plans to raise money for a fundraising campaign that will include creating an endowment to support the music school in the future. Details of the building’s design will be revealed when the school launches its campaign this summer.

“We want to continue all of our programming and expand to have more,” Corson said. “As we continue to grow and also continue to have a growing student population coming from Columbia Falls and Kalispell, the new location will make it more accessible to more people. ”

WHITE FISH PROJECT Kids agreed to turn over part of the Smith Fields property to the town so that the music school could lease the land.

City manager Dana Smith said a lease with the music school would likely be treated the same as other nonprofits that rent out property in the city. Those who have leases for property and / or buildings with the city include the Whitefish Kids Project, The Wave Aquatic and Fitness Center, the O’Shaughnessy Center rented by Whitefish Theater Co., and the Whitefish Golf Club. Lake.

“The Wave lease is probably the most comparable to this proposed project, as the building was constructed with private funds and was donated to the city,” she said. “The Wave Lease details the benefits for the community as a public institution that includes scholarships; rates must be reasonable to allow as many people as possible to use The Wave, and the City Parks and Recreation Department may use the facility free of charge.

As with the building leases from The Wave and O’Shaughnessy, Smith noted, the music school would be required to maintain the grounds and the building, and ensure the use of the facility. same way as it was done with the WAVE.

Smith said the city will need to confirm the school is financially ready to build and maintain the facility, change its agreement with Project Whitefish Kids, and then negotiate a new rental agreement with the music school.