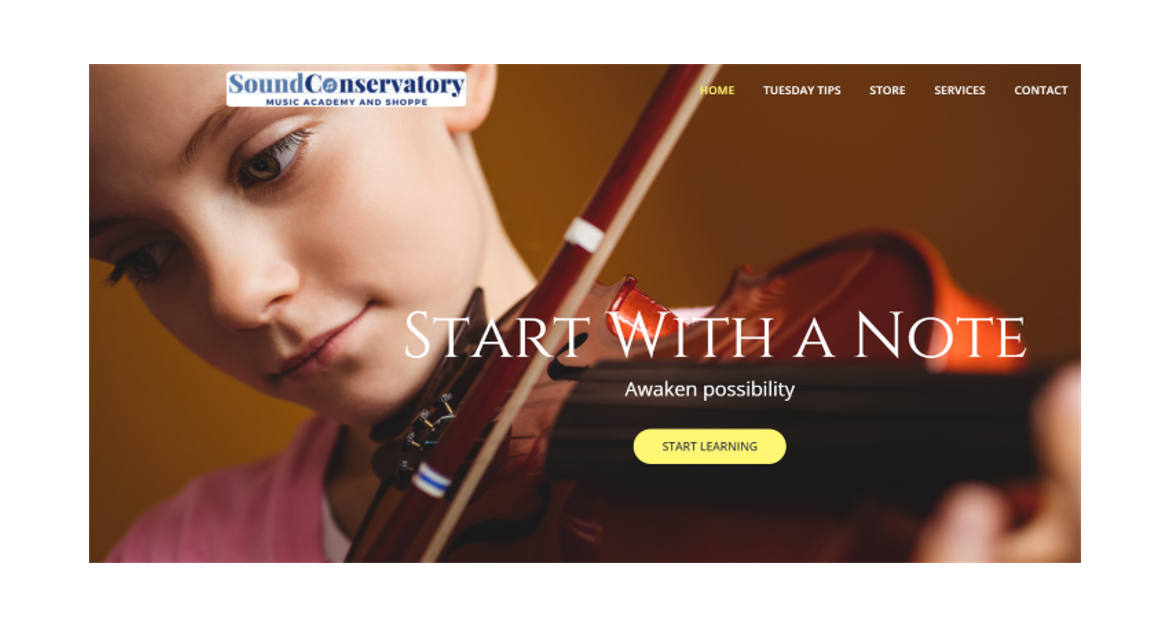 Just over two months after opening in downtown Rock Island, Andrzej Kozlowski is already planning to move his sound conservatory to a larger location.

Kozlowski said recently that he’s outgrown the space, especially with four new teachers wanting to join. “I don’t have the space,” he said of his building, owned by dphilms the next door. “With my courses, I almost made my investment in the building profitable. I’ve sold eight guitars so far, from a limited selection, and seven pianos. I know how to market.

He worked two months on the $20,000 renovations, completely remodeling the interior itself, including the hickory-style vinyl plank flooring.

Kozlowski is working with Jack Cullen (Director of Downtown Rock Island for the Quebec Chamber of Commerce) on other potential downtown locations to relocate the music school.

“I’m at the point where I need to expand,” Kozlowski said, noting that one possible location is the former Memorial Christian Church (217 15and St.), vacant for 15 years. This sanctuary could host concerts and the building would house a factory for rebuilding pianos, he said.

“You have all the Sunday School classrooms that could be turned into teaching studios,” Kozlowski said. One of the owners was an artist during his April 30 scholarship.

“I would love to buy this building,” he said. “It not only serves where I want to be growing with my business, but also in potential future growth – it’s all there.”

The sound conservatory is for students of all ages. In addition to Kozlowski teaching piano, other teachers include Craig Bentley (guitar), Jenni Pickering (violin and viola), Gordon Pickering (cello and bass guitar) and Kindred Priest (bass guitar, trumpet and euphonium). They hope to hire another teacher for all brass instruments and expand to offer wind instruments as well.

With the recent sale of dphilms to TAG, there will be no change to the Sound Conservatory’s lease, Kozlowski said.

“It’s a good problem to have, but there’s a hurdle going in that direction right now,” he said.

More scholarships and a fundraiser on May 21

Another priority of the Sound Conservatory is to raise funds to provide scholarships for music students.

Kozlowski will hold another awards ceremony on Thursday, for three Rock Island violin students and one cello student, for two months of lessons. Sound Conservatory raised over $1,000 for scholarships.

Another benefit concert is scheduled for May 21 at 6:30 p.m., featuring singer-songwriter Bethann Heidgerken.

“For me, it’s been an incredible success, right from the start. My goal is to start doing private shows at my house, for 20 people, with catering, for people who want to donate large sums of money to the fund of scholarships,” Kozlowski said.

Originally from Iowa, Heidgerken began his musical activities in Dubuque and was performing professionally in bands by the age of 15. She received her Bachelor of Arts degree from the University of Iowa and spent her college years pursuing her music as a singer-songwriter, as well as playing in local Iowa City bands. She currently lives in Davenport.

Music was “a way to express myself, to be heard, and it was very therapeutic”, says Heidgerken in a promotional video For profits. “As a kid, finding some kind of activity that motivates you – music did that for me. I just kept doing it. The more you practice, the more you accomplish, the more it drives you to keep going and to do more.

“I think music is necessary in the education system,” she says. “To put it simply, music is life, it has energy and flow.”

Kozlowski gives scholarships to students from financially disadvantaged families, who cannot afford private lessons, but who show a strong interest in wanting to play.

“The goal is to get everyone, little by little. Everyone is going to have an opportunity,” he said. They focus on junior high students, to give them “that push to really learn and grow, to see what their potential is,” Kozlowski said. “Eventually, we will go to the secondary level.”