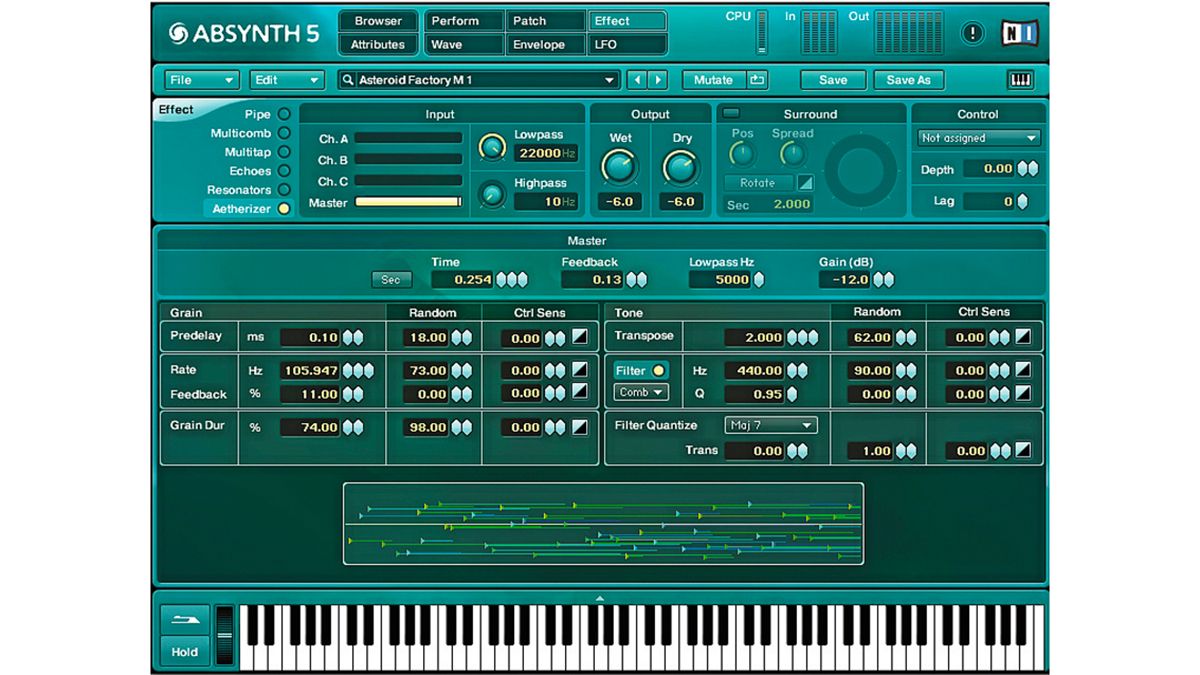 Released in 2000 by independent software developer Rhizomatic, Absynth quickly caught the attention of not only well-known Mac music makers, but also Native Instruments, who picked it up a year later and introduced it to the masses.

Absynth became one of the software synthesizer success stories of the following decade and was often hailed as one of the best instruments of the day. Now, however, NI has pulled the plug, dropping Absynth from its product lineup when it launches Komplete 14, its latest bundle.

Existing links to Absynth 5, the latest version of the synthesizer, now redirect to the main catalog page on the NI website.

Speaking in a YouTube video, Rhizomatic’s Brian Clevinger reflected on Absynth’s journey and discussed his demise. “I know Absynth meant a lot to a lot of musicians, and a lot of people are going to be disappointed by that,” he says. “I’m very disappointed – that’s a big understatement.”

On a more conciliatory note, he goes on to say, “As for NI, I’m thankful that they’ve kept Absynth in their product line for so long.” Clevinger goes on to acknowledge that, without the German software giant, Absynth would never have reached the wider audience it deserved.

Absynth was one of the first true “power synths” and one of the few plug-in instruments from the early 2000s to still exist today.

Clevinger says that while this is the end of Absynth – and, who knows, it might not be – he hopes to keep some of its unique features and ideas alive in future Rhizomatic plugins.

In fact, the company already has an instrument – Plasmonic – available now. It’s available for $149/€149 on the Rhizomatic (opens in a new tab) website.

Rare instruments are born with a new series, Discovering the Amatis – News