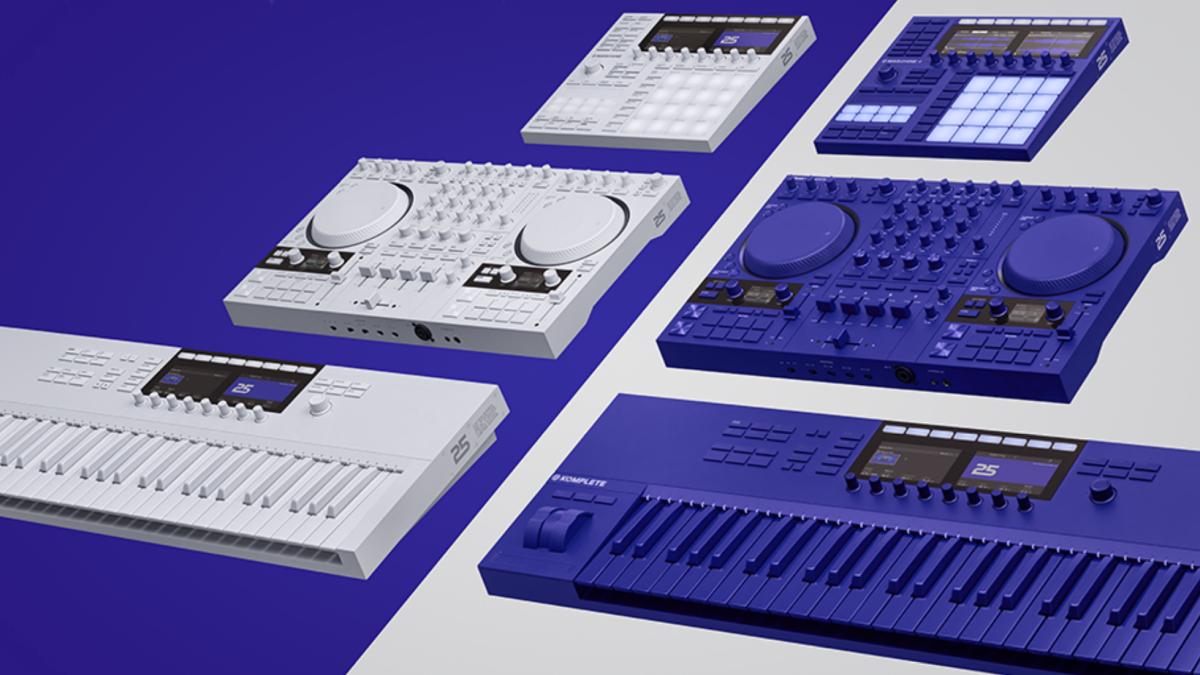 Native Instruments celebrates its 25th anniversary this year. To mark the occasion, they are sharing a newly developed free instrument and releasing a limited edition of six NI products called the 25th Anniversary Collection.

TWENTY FIVE is a new instrument from NI for KONTAKT 6 and the KONTAKT 6 PLAYER which is intended as a time capsule of their contribution to digital music creation. Drawing sounds from 37 different instruments throughout the history of the company, it allows users to blend the sound of classic presets from their flagship synthesizers, the KONTAKT, REAKTOR and GENERATOR pianos, their very first virtual synth. Equipped with powerful effects, macro controls and a built-in sequencer, TWENTY FIVE is part of NI’s Play series, an easy-to-use instrument set for KONTAKT.

Native Instruments is launching a producer challenge to commemorate their anniversary. Artists from all over the world are invited to submit tracks created with TWENTY FIVE, with winning entries receiving material from the 25th Anniversary Collection and KOMPLETE 13 packages. The competition runs from today through December 31st.

Regarding the anniversary, NI Chief Product Officer and President Robert Linke. said: “We could not have achieved what we have without the continued support of the designers who use our products every day. […] TWENTY FIVE is a small token of our appreciation. “

Visit the Native Instruments website to download TWENTY FIVE, which is available until December 31. The 25th anniversary collection can be purchased through their online store.

Take a look at our Black Friday plugin deals roundup for the latest software news and deals.