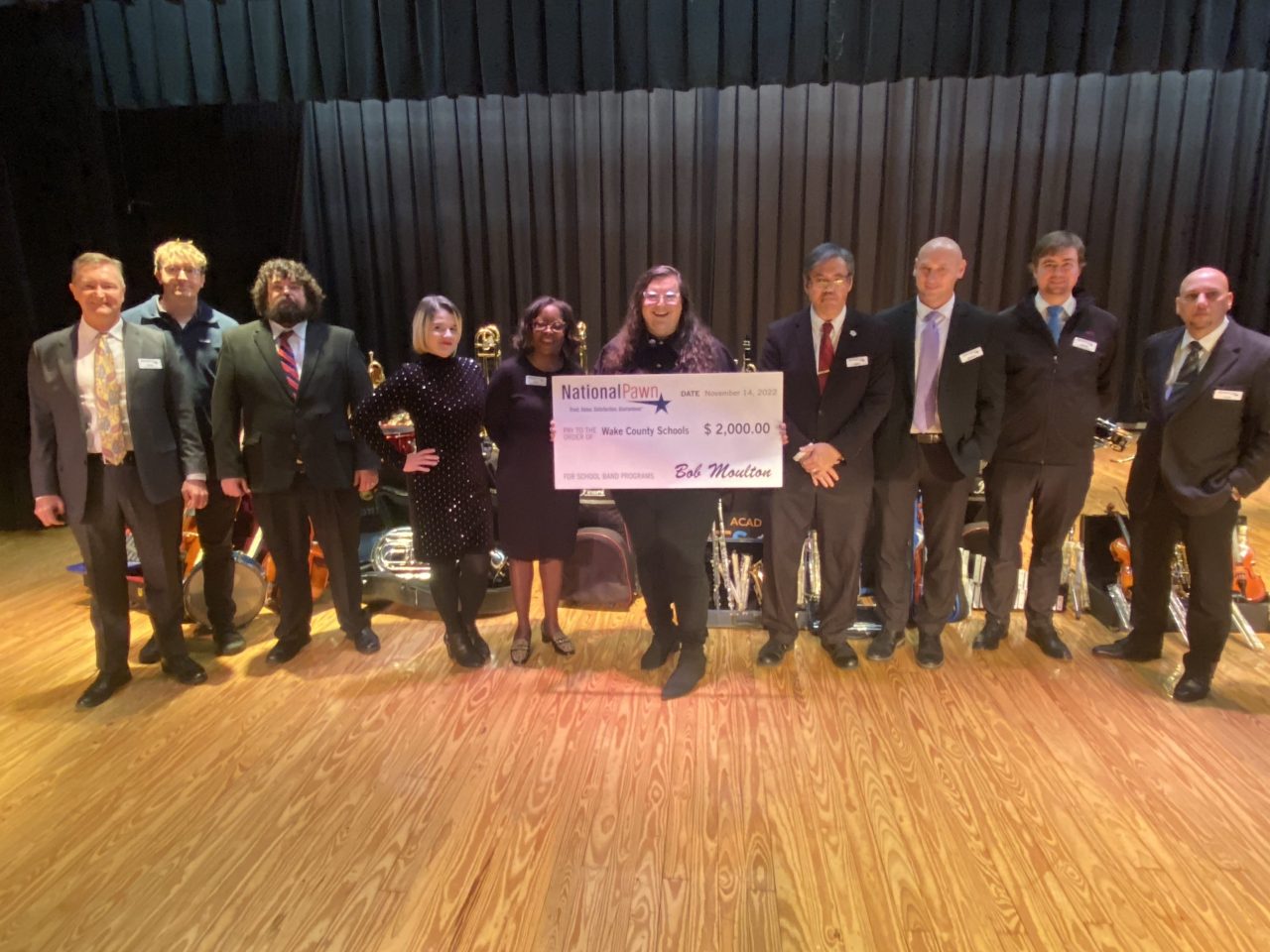 Raleigh, NC (WNCN) – For the first time in three years, National Pawn is back – and continuing to help the next generation of musicians.

On Monday, company employees gathered in the auditorium of East Millbrook Magnet School with the school group to receive generous donations.

National Pawn President Bob Moulton, among others from the company, donated more than 100 musical instruments, computers, and a $2,000 monetary donation to the school’s music program.

“They realize how important music is to them and they were fantastic,” Moulton said as the students played a number of songs.

It’s the sense of camaraderie and family that makes National Pawn want to give back, Moulton said.

“I think it gives kids something positive to do. There are a lot of kids who can’t afford to be in the group and maybe that will allow someone to get them away from drugs, or the streets, or maybe gangs or just bad influences,” Moulton said.

Students and staff cheered enthusiastically as the curtains were drawn to reveal the donations.

“Music has been a perspective for these kids, especially through the pain and trauma of COVID, and how to come together through art and better ourselves and our lives,” said Francesco Erice, group manager. from school.

And for students like Mason Gaynor, it’s super special. He told CBS 17 he’s been in the band for years and was inspired by his mother, who he says can’t live without music.

“It feels good because if you broke your instrument and had to buy a new one, your parents would have to pay for it — the school will already give you one,” Gaynor said.

“It’s incredibly important to ensure that every child has a fair and equal chance to enrich their lives through music,” Erice said.

This is only the beginning of their stops. On Friday, National Pawn will visit Neal Magnet Middle School in Durham.