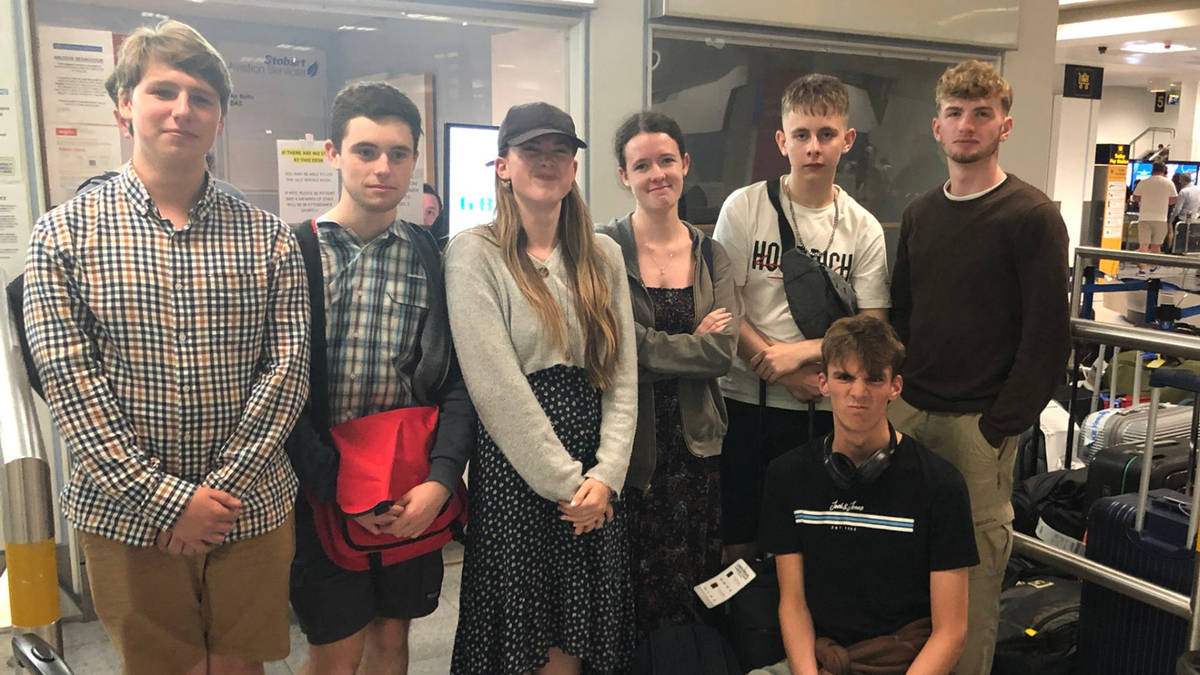 Students at Manchester’s Chethams School of Music were left without their musical instruments for 25 days, with no news of an expected return.

On July 1, 2022, seven students from Chethams School of Music arrived at Manchester Airport to find their musical instruments had not arrived with them.

Six trombones and a tuba were due to travel with the students in the hold of their Lufthansa flights to the UK from Italy, but 25 days after the flight the seven brass instruments are still missing.

Tom Redmond, assistant manager and musical director of Chethams, was traveling with the students and says their nightmare began at Napoli (Naples) airport.

“Before the trip, we knew the trombones and tuba would go in the hold,” Redmond told Classic FM. “But we arranged with the airline that even though the instruments were going in the hold, we wanted to be able to carry them up to the steps of the room, just to make sure they were safe.

“We were able to do it when we left Manchester airport a few days before, but when we got back from Naples airport we were told we couldn’t do it. So we took the instruments down a hallway to the oversized baggage counter where they were x-rayed, scanned and tagged.

The students did not know that this would be the last time they would see their musical instruments.

The students are part of Chetham’s Symphonic Brass Ensemble, which was in Italy late last month to perform at Giardini la Mortella – a private garden on the island of Ischia, created by the wife of English composer William Walton, Susanna Walton.

Redmond and the students boarded a flight from Naples to Frankfurt, then connected from Frankfurt to Manchester.

“There was a slight delay on our flight from Naples to Frankfurt which meant a tight turnaround when we arrived in Germany, but we made the flight anyway,” Redmond explained. “So there is always a problem with such tight connections, that your luggage arrived at the same time as you.”

When the students arrived in Manchester, the six trombones and the tuba were nowhere to be found. A suitcase was also missing.

At the lost baggage counter, they were told that the suitcase was still in Frankfurt, but they could not locate the seven musical instruments.

A Lufthansa spokesperson told Classic FM that the airline was “really sorry that due to staff shortages at our airports, many bags could not be delivered as planned”.

“Currently, these delayed bags will be delivered to their owners as quickly as possible. However, each suitcase must be handled separately.

The next day, the students were to perform Stravinsky’s play The Rite of Spring with Chetham’s Symphony Orchestra at their end of year concert.

“Despite recording and scanning,” Redmond told Classic FM, “the airline was unable to locate the instruments.

“We don’t even know if they left Napoli. We do not know if they were lost in transit when they arrived in Frankfurt. So our students had to ask favors the next day and borrow instruments from other students to make sure our orchestra had a trombone section.

Although Redmond, along with a team of Chethams employees, have been calling Lufthansa every two or three days since July 1, they have still not received a response from the airline. Redmond even emailed the airline’s CEO, to no avail.

Chethams, which prepares students aged 8 to 18 for a career in music, sees leavers progress to the world’s leading conservatories.

The tuba player is due to begin her undergraduate studies at the Royal Conservatory of Scotland in September, and four of the trombonists will audition at the conservatory from the autumn. The summer before the conservatory auditions is a critical period for any young instrumentalist in terms of practice, which none of the musicians are now able to do, considering that they are missing all their instruments.

“The path of four students to higher education is compromised by this situation,” explained Redmond.

“And it’s not just about the instruments, the cases are worth hundreds of dollars, and then there are the mouthpieces and accessories that are an integral part of the playing of these musicians that they have to practice with.”

After the luggage has been missing for more than 21 days, Lufthansa officially classifies the items as “lost”, and this distinction led to additional forms being filled out.

90% of Chethams students receive scholarships to study at the famous music school, and replacing those instruments is no small feat. Redmond told Classic FM the snorkel alone was worth around £8,000 and the airline would not cover that much in compensation. Student families should therefore look to their own insurance plans to see what is covered.

Redmond says this incident is part of a larger conversation regarding music touring.

“There is a complete crisis within the airline industry at the moment in terms of lost baggage, and I know there are staff shortage issues,” Redmond admitted. “But how are you?

“You entrust your luggage, which in this case is the lives of our students, to an airline, and the fact that you have had no contact from Lufthansa gives the impression that they have not actively taken any responsibility for this. that happened.”

Classic FM contacted Lufthansa for comment, who replied, “We assume the music school has filed a baggage claim. This document contains a link that shows the latest status on whereabouts. We ask for your understanding.

Redmond told Classic FM that he followed the link, but the status of the musical instruments is still unknown when entering barcodes from the luggage.

“The biggest story here is how musicians are treated when they travel,” Redmond continued. “If this had happened to a professional ensemble, it would have meant that professional musicians would not have had instruments for 25 days, impacting someone’s ability to earn a living.

“Musicians are already struggling with travel restrictions due to Brexit and then you throw into this event whether or not you can collect your luggage.

“There have always been stories of musicians having their instruments broken on air travel, or cellists reserving a seat for their instrument and then not being allowed to use it.

“It’s an ongoing saga when it comes to traveling musicians and it makes those of us in the industry extremely uncomfortable.”

Musical Instruments Market Size, Scope, Growth Opportunities, Trends by Manufacturers and Forecast to 2029 – This Is Ardee