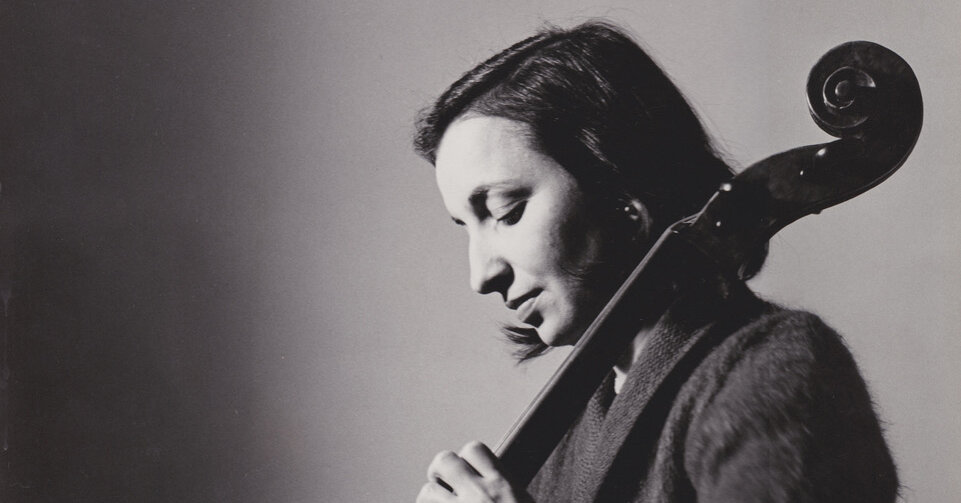 Judith Davidoff, who had mastered an assortment of little-played string instruments for centuries, especially the cello-like viola da gamba, and became a major supporter and player of early music, died on December 19 in his Manhattan home. She was 94 years old.

His children, Max Rosen and Rebekah Rosen-Gomez, have confirmed the death.

Ms. Davidoff was trained as a cellist, and she was good.

“She was an absolutely amazing reader,” said Lisa Terry, a fellow musician who learned from her, in a telephone interview. This skill had Ms. Davidoff in demand for recording sessions.

But while studying cello as a teenager, something caught Ms Davidoff’s attention.

“Inevitably, as I got involved in the repertoire, I started to notice the music of an instrument called the viola da gamba,” she told The Intelligencer Journal of Lancaster, Pa., In 1983. “I became curious when I was a teenager to know what this instrument was.

This instrument was a rubbed and fretted violin, held primarily between the legs, which became popular in the late 15th century and flourished throughout the Renaissance and Baroque periods.

Curiosity led to a passion for ancient music and the instruments used to perform it. First in Boston, then in New York, Ms. Davidoff was part of an early music scene that gained momentum in the middle of the last century and became a major force in classical music, even influencing the way works. subsequent periods are interpreted.

Over the years, she has been a member of numerous ensembles including the Boston Camerata, Cambridge Consort, and New York Pro Musica. She was a founding member of the Music for a While group and, in 1972, created the New York Consort of Viols. She has also played vintage instruments on numerous recordings.

She loved to design programs that, in addition to presenting music, had an educational component. A program she created with the Consort of Viols, for example, was called “The Road From Valencia” and featured Renaissance works by Jewish composers and violinists who, after being expelled from Spain in 1492, traveled to Italy and, in some cases, to the court of Henry VIII in England.

His knowledge of ancient instruments was extensive. With a nod to Alfred Hitchcock’s “39 ​​steps,” she already put together an educational program she called “the 39 strings” featuring seven vertically held bowed instruments that had become and out of date – the rebec , the hurdy-gurdy, Chinese two-string erhu, medieval violins and more. Collectively, the seven instruments had 39 strings and represented eight centuries of music.

“Our musical experiences have been enhanced by each successive period and style,” she told The Northern Valley Suburbanite when she presented the program in Englewood, NJ, in 2002.

Judith Davidoff – she continued to perform under her own name after her marriage to Sumner Rosen in 1949 – was born on October 21, 1927 in Chelsea, Mass. His father, Sidney, was a composer and musician, and his mother, Ruth (Feinstein) Davidoff, was a teacher.

Judith began her musical studies at age 7 and at age 18 performed as a cello soloist with the Boston Pops. She studied at Radcliffe College and the Longy School of Music, earning a soloist degree.

A few years after she began to take an interest in the viola da gamba, she heard from the early music group Boston Camerata and spoke to some of their members after the concert, expressing her interest in learning the instrument. A member left the group and offered to sell his instrument to Mrs. Davidoff; another offered to teach him; a third told her that she could probably join the group once she got over it.

“I had both the instrument and the incentive,” she said in the 1983 interview.

While living in the Boston area, she was able to practice and play on period instruments from the collection of the Boston Museum of Fine Arts. In 1964, she moved to New York, in part to perform with Pro Musica.

The curiosity that first drove Ms. Davidoff to early music has remained with her throughout her career. In 1971, for example, when she was already established as a performer of early music, she took a course in how to dance baroque court dances. Learning the steps gave him new perspectives on how the backing music should be performed.

“This course revolutionized the feeling of all the music of that period for me,” she told The New York Times.

She was also always on the lookout for new discoveries.

“She has toured the world in search of instruments to play,” said Ms. Terry, former president of the Viola da Gamba Society of America. In addition to teaching at Sarah Lawrence College and other institutions, Ms. Davidoff has completed residencies in Turkey, where she learned a stringed instrument called the kemence, and in Taiwan, where she learned erhu.

Although the instruments she played may have been from earlier eras, she believed that new works could and still had to be created for them.

“A powerful impact of Judith has been her fierce dedication to bringing living composers to write for the viola da gamba,” Ms. Terry said. In her late sixties, Ms. Davidoff obtained a doctorate. at the Union Institute (now Union Institute & University), based in Cincinnati. His thesis, “The Wing and Waxing of the Viol”, included both an extensive history of the instrument and a catalog of music written for it in the 20th century.

Ms. Davidoff’s husband, a political economist known for his work on social issues, died in 2005. In addition to her children, she is survived by a sister, Edith Muskat; two grandchildren; and a great-grandson.

Ms. Davidoff knew that some people might need a little help learning to appreciate the music she loved to perform.

“The process of courting the public is delicate,” she wrote in her thesis. “Listeners, with the exception of ardent early music groupies, often feel insecure about their lack of preparation, and the right tone must be found – the mystery of the unknown must be broken without making the music an injustice. or without condescension to the boss. “