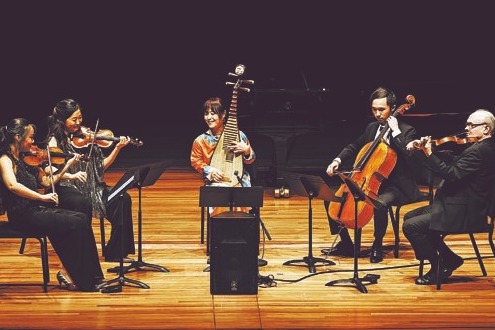 A concert featuring traditional and modern Chinese classical music on Sunday helped provide a much needed celebration of the arts and people-to-people exchange.

David Shifrin, a clarinetist who has performed with the Chamber Music Society of Lincoln Center for more than 40 years, says he is delighted to perform there for the first time since the start of the COVID-19 pandemic.

“Music plays a huge role in all countries. We don’t think of politics; we don’t think of disease. We just think of expressing ourselves and working with each other in music,” Shifrin said. .

Under the theme “Chinese Inspirations”, the concert presented six pieces by Chinese composers derived from traditional Chinese music, classical literature and other elements.

Eight Chinese artists and the Chamber Music Society of Lincoln Center performed together.

Shifrin notes that there are many similarities in language and the points of reference between Eastern and Western music. “It’s really fascinating to hear the music of half a dozen different Chinese composers who have been influenced by both East and West, and translate it on Western instruments,” he says. .

“The songs I play all use western instruments, but the way the string instruments are tuned sounds so different. I thought sometimes it sounded more like Chinese stringed instruments than the western violin,” Shifrin says. , who played clarinet in Tales From the Nine Bells and Mandalas in the Rubble.