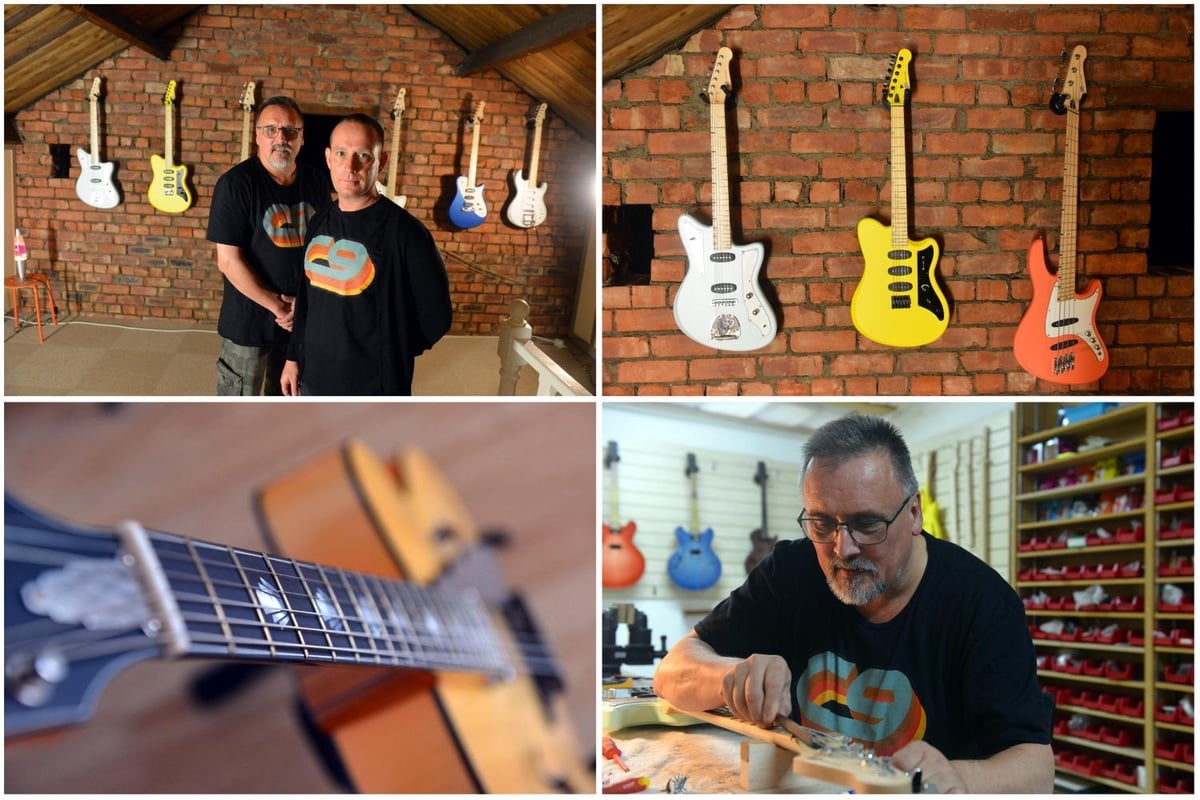 Business partners Keith Robson and Mark Lamaq only opened their Cloud 9 Guitars workshop earlier this year, but they’ve already racked up a number of orders for their handmade guitars, as well as creating parts for collaborations. with some of the country’s most well-known independent musicians.

The duo have transformed an empty unit in Beatrice Terrace, Shiney Row, to create workshops where they build guitars entirely from scratch, from £600 for their C9 range to high-end bespoke classical guitars.

Keith and Mark have worked in the music industry for decades, working for some of the biggest brands and factories in the world, but have combined their talents to create an independent business that uses only materials from the North- Eastern or British.

The Cloud 9 Guitars factory has opened in Shiney Row

Each piece, which is crafted from woods such as mahogany, maple, rosewood, and ebony, and all of its components, down to the intricate metalwork, are crafted by the pair.

Over the years they have already worked with some of the biggest in the business and their new venture has already caught the eye of Tim Burgess of The Charlatans.

They have created a series of striking yellow and black guitars based on the distinctive jacket Tim wore in the band’s How High video in the late 90s, which will be auctioned off to benefit The Christie NHS Foundation Trust, a center for Manchester-based cancer research. .

The fundraiser is inspired by former Oasis guitarist Bonehead who recently had cancer, with a bass version of the guitar also made for Stone Roses and Primal Scream bassist Mani.

Keith, who specializes in hardware, said: “I would post a random tweet on a Saturday night we were setting up, which was picked up by Tim. We got off to a flying start, but we have a really good product, so we thought we would do it.

Mark, who has 35 years’ experience as a production specialist, said: “We’ve really seen a gap in the market for the regular guitarist who’s on their second guitar but doesn’t have £3,000. to spend.

“A lot of the guitars are made in places like Korea and China where they can produce about 100,000 low-end guitars a month, but by the time they’re shipped and marked up, the customer ends up paying seven times the cost price. .

“We decided to go direct to the customer, deliver a product at the same cost, but of much higher quality, with full traceability supporting UK businesses. We are merging traditional craftsmanship with cutting edge technology.”

As much as possible, like the paintings, they are sourced from the North East or the UK if they cannot be found locally.

The duo can produce around 30 guitars a month and plan to open a bar and retail space on site, where people can come and listen to live music and get a feel for the guitars.

Cloud 9 is open for business and is a date only for those interested in ordering a guitar.