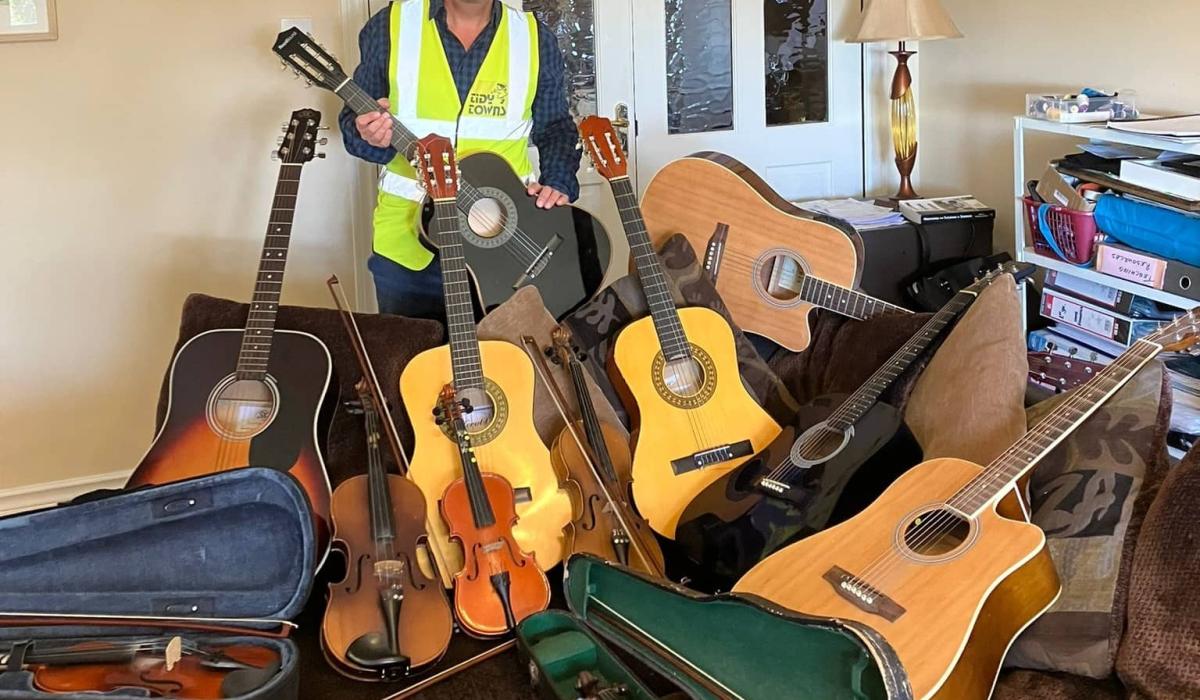 Huge response to Leitrim asking for instruments for Ukrainians

A few weeks ago, Elphin musician George Eggleston launched an appeal for unused musical instruments for Ukrainian refugees.
There are more than 200 Ukrainians, mostly women and children, in the hotel in Drumshanbo.
There are qualified music teachers among them but, unfortunately, they had no instruments to learn to play.

This has now changed with the very generous response to this appeal. George and his team have now taken delivery of several pianos which have been retuned and distributed. They also received guitars, keyboards, violins, tin whistles, etc. George would like to thank the Carrick-on-Shannon Committee Tidy Towns and Deasun Lyons who helped with the removal and delivery of these instruments.

There are even more instruments to come and every donation is welcome. However the group no longer needs pianos but would like keyboards and other instruments.

Music teacher, Victoria, from Drumshanbo group from Ukraine would like to thank everyone from the bottom of my heart for their generosity and kindness.
Thanks to the support and generous donation of instruments received, the Ukrainian group of Drumshanbo has now formed a committee and a choir of adults and children.

They are busy making costumes and will take part in a concert at the Market Yard in Carrick-on-Shannon later in September and will also take part in Culture Night in the county also later in the month. Thank you all for your generous donations of instruments and money. If anyone wants more information or to donate, you can contact George on 086 0826357.