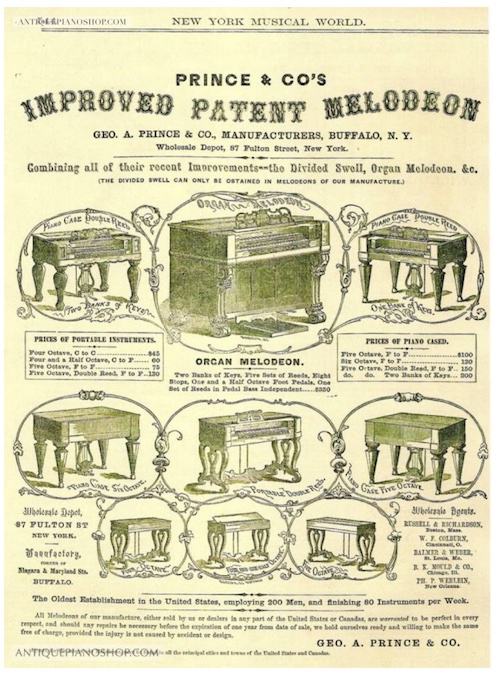 By Doug Farley, Director of the Cobblestone Museum – Flight. 3 #12

GAINES – As we mentioned in a previous article, the Cobblestone Museum’s collection of musical instruments has grown with a variety of artifacts that represent bygone eras of musical entertainment.

The Museum is indeed fortunate to have in its possession two historical Melodeons. The first melodeon came to the collection in 2010 from Kent, NY and the second came a decade later from the Fancher family in 2020.

During the second half of the 19th century, Buffalo, NY was described as the “melodeon capital of the world”, which is odd considering that many people in that area today probably don’t even know what it is. a melodeon. By definition, a melodeon is a small reed organ with a keyboard up to five or six octaves, usually housed in a piano-like cabinet.

The popularity of the melodeon in 19th century homes exceeded even that of the piano, which was more expensive to produce and required frequent tuning. The melodeon produces its sound by sucking in air by suction produced by a pedal bellows, the air then passes over metal reeds, to produce specific musical notes, all without the need to tune. 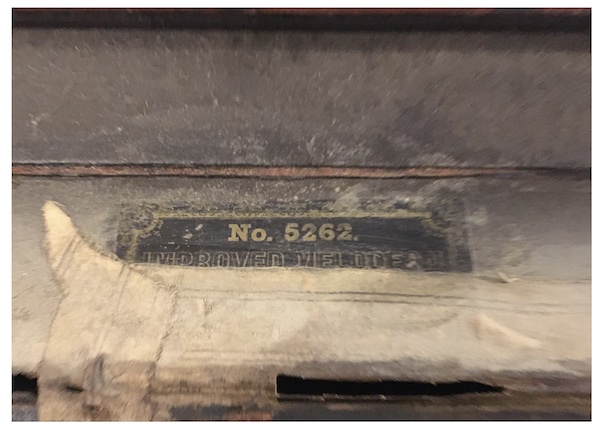 The Buffalo connection was forged through the partnership of Jeremiah Carhart and Elias Needham, working under the employ of George A. Prince & Co. Music Store at 200 Main Street, Buffalo. Their patent in 1846 solved several shortcomings found in earlier versions of the melodeon, hence their model became known as the “Improved Melodeon” as shown above. 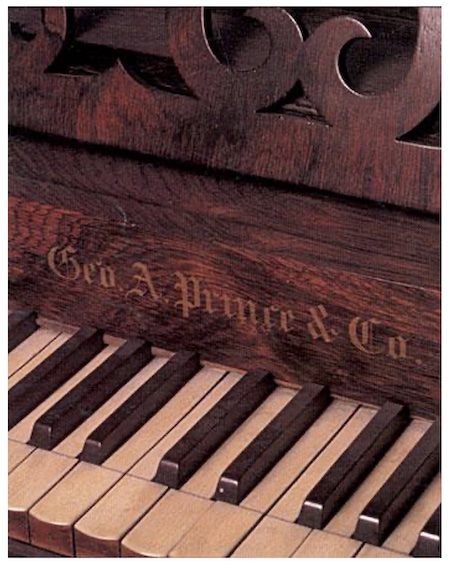 The Cobblestone Universalist Church probably used an ancient melodeon, historically, to accompany congregational singing. The Universalist congregation found here in the 19th century had ceased regular services in the church by the 1890s, when parishioners moved to their new Pullman Memorial Church in Albion. 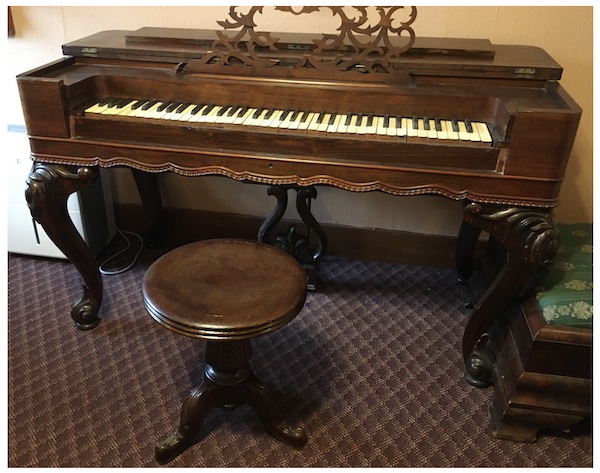 Daniel Heater from Kent donated a melodeon and stool to the Cobblestone Museum in 2010. On this instrument, players must continually pump the right pedal to power the bellows while playing the keyboard. The left pedal is used for volume control.

On some melodeons, the legs are foldable so that they can be easily moved. A local family in the past would tuck their legs under their melodeon and load it onto their sled to take it to a gathering for music. Unfortunately, the museum’s melodeon is not currently playable, but it remains a fine example of a popular instrument of the time and is a great addition to the museum’s collection. 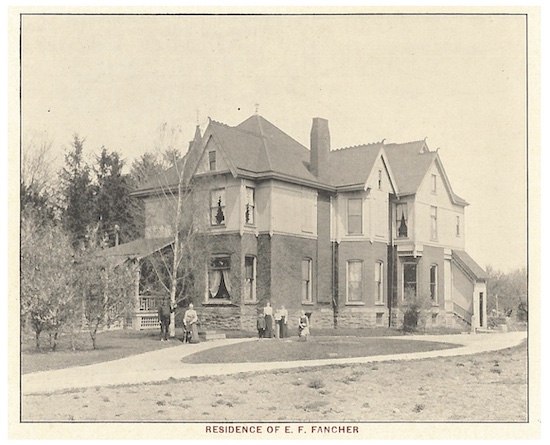 More recently, the Museum was fortunate to receive another, albeit smaller, melodeon reminiscent of “Fancher House” in Albion, transmitted by Ida Baldwin Fancher (1858-1929), wife of the Reverend Edward Fancher, then Mrs. Archie (Irene Hayes) Fancher (1897-1940). In 2020, Sandra Fancher-Bastedo donated her Fancher family heirloom to the Museum for posterity, on behalf of her siblings, children, and many members of her extended family. 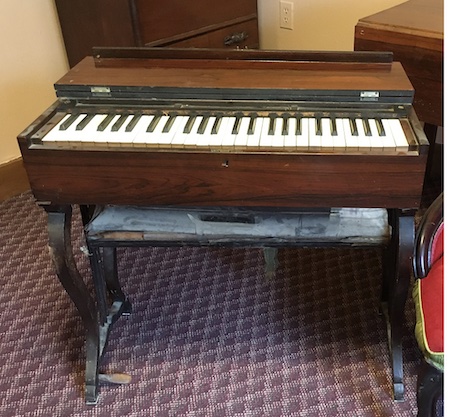 The Fancher melodeon, approximately 30″ high, 30″ wide and 14″ deep, has a range of four octaves with ivory keys. The bellows are fixed under the keyboard and are pumped using the musician’s knees instead of the feet.

In his book, “Trivial Tales,” author Bill Lattin tells the story of a certain Irishman who was his great-grandfather’s lodger in 1880. Lattin knew the Irish family was in trouble and needed help. all possible help. He approached the Poormaster and explained the family’s plight. (At that time, before our current social service system, each town selected a Poormaster who decided who in that town should receive public assistance.)

His reasoning was that if they could afford a melodeon, they didn’t need any help. But in fact, the story only goes to show the universal appeal and affordability of the simple melodeon in the 19th century home, unlike its more expensive cousin, the piano or reed organ. The Irish family’s melodeon may well have been acquired second-hand, or even given to them at little or no cost. By 1880, reed organs were replacing the melodeon as the instrument of choice.