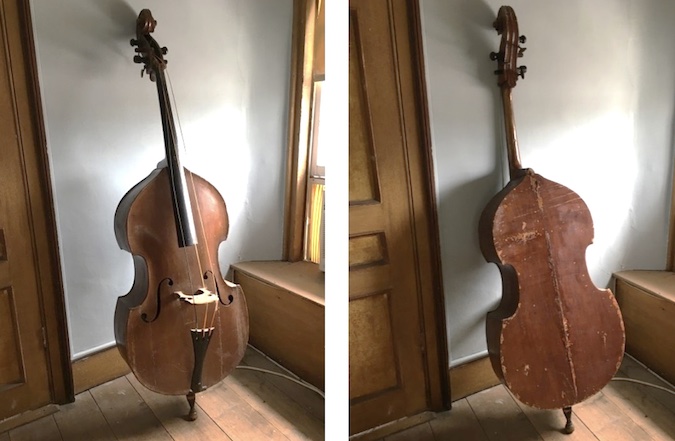 The Cobblestone Museum has a bass viol that is over 200 years old. It is on display in the chancel of Cobblestone Church on Route 104.

By Doug FarleyDirector of the Cobblestone Museum – Flight. 3 No. 10

I always learn a lot when I work with Bill and, having been a “Niagara County boy”, I am glad to have firmly expanded my horizons in Orleans County. And it’s very good that the readers of Orleans County have welcomed me so well.

The crisis to produce weekly articles compelled me to open my eyes and take a look at the great wealth of history in and around the hamlet of Childs, and in particular, the Cobblestone Museum. That being said, I pitched Bill the idea for a new series of articles on historic musical instruments at the museum, and we decided that while we were there we could add a few articles on some of the early Edison devices that reproduced the human voice as well.

Let’s start with a bass viol that is on display in the chancel of Cobblestone Church long before I arrived in 2017. The idea of ​​a bass viol on display in the church makes perfect sense. The bass was one of the earliest instruments that would have accompanied the singing of hymns in the 18th and 19th centuries. Bill Lattin wrote of this particular instrument in his August 1996 Director’s Report:

“The museum received an old bass viol by Marion “Mickey” Lusk. I did an article on it for my weekly column (Bethinking Old Orleans) and also a press release for Batavia, Lockport and Niagara Falls. Jim Orr took a picture for these.

The bass viol in question would be over 200 years old when it arrived at the Museum. The instrument itself, when examined closely, shows that it has been used extensively over years, decades and even centuries of musical creation. To quote Paul Harvey, I was delighted to learn “the rest of the story”. 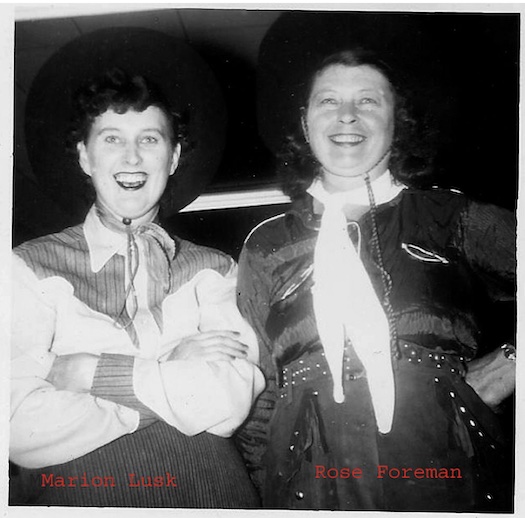 Before the instruments arrived at the Cobblestone Museum, Marion “Mickey” Lusk had played bass with a variety of musical groups, including the “Rhythmnaires” and “Troubadours”.

Mickey shared that she and her mother, Rose Foreman, played bass. His mother first used a bow, until someone said, “Rose, pull it out!” Mickey said, after that she just picked it off, “but used to have pretty sore fingers.” 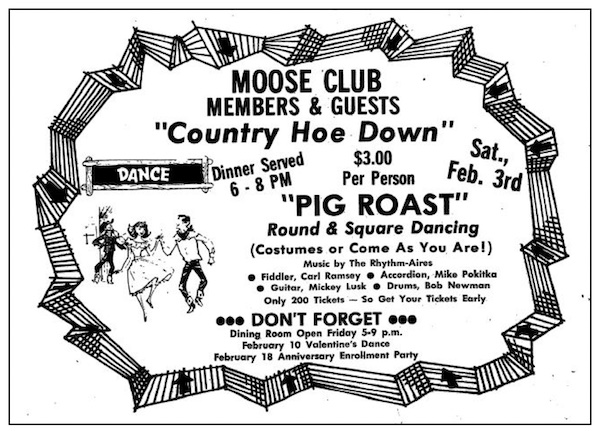 In 1939, Mickey Lusk played with the “Rhythm Ramblers” at the Corfu Grange. Others who performed with the ensemble were Joe Colby, Pee Wee Southcott and Jack Lacy. Years earlier, this popular band could be heard on Lockport and Batavia radio stations. This group broke up in the 1940s and another group known as “Rhythm-Aires” was formed in the mid-1950s. In 1955 Mickey also performed with Cy Roberts and the “Troubadours”.

In 1963, Mickey Lusk and his “Rhythm Ramblers” performed on Holley’s “Hootenanny Show” to benefit the Cancer Society. The presentation followed the same format as the TV show “Hootenanny” which was popular at the time. Other entertainments of this event include the “epics” of Mount Morris and the “cyclones” of Medina.

“In the early 1920s Frank Bissell went to Bragg Schoolhouse Road and bought the bass from Veteran Bragg for five dollars. He took it home and taught his daughter Rose to play it for house dances. In the late 1920s, Frank sold it to Walter Lusk, again, for five dollars. Then in 1940 Alvie Culver had an auction and Rose and Mike Foreman saw him there. They bid on the bass and bought it for fifty cents. They took it home and brought it to Fred Hagadorn in Royalton to fix it. He wanted to buy it and offered $300. At that time, he was about 150 years old. Rose said “no” to him and took it home and played it with her daughter in their orchestra. It was played until around 1955.

In 1996, Mickey Lusk said the bass viol represents “a lot of good times and a lot of tears”. Today it is an artifact that represents the cultural climate of a bygone era. The bass is unusual in that it was built with only three strings (which helps date it.) Fred Hagadorn thought it might have been built by a German musical instrument maker. 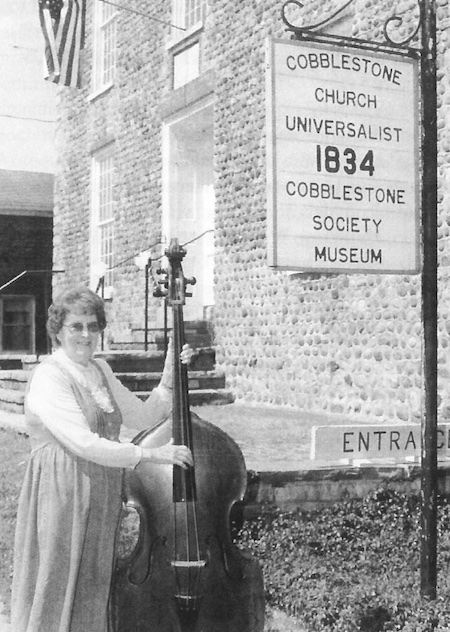 This 1996 photo shows Marion Lusk playing three-string bass next to Cobblestone Church at the time of her donation.

Fast forward to 2022 during a project to digitize old Museum photos, and the bass viol has once again become the topic of conversation. The archivist was intrigued by this photo of Marion Lusk and the 1996 three-string double bass. He offered his observations at the time:

“I emailed the photo (above) to my older brother who is a retired double bass symphony musician. Over the years he has repaired and restored bass instruments at strings. He replied that 3-string basses were common in the 18th and 19th centuries in parts of Europe, especially Italy and France. He purchased (for $3,000) a French bass around 1880 from a friend several years ago that needed some work.It had been roughly converted to 4 string…and over six months of part time trickery including complete rebuilding of the pegbox made it more playable He sold it a few years ago to a friend for $25,000 The pegs (“hat-peg”) in this photo are not French I think; possibly Germany or Eastern Europe. East? The shape of the bass could easily be French. 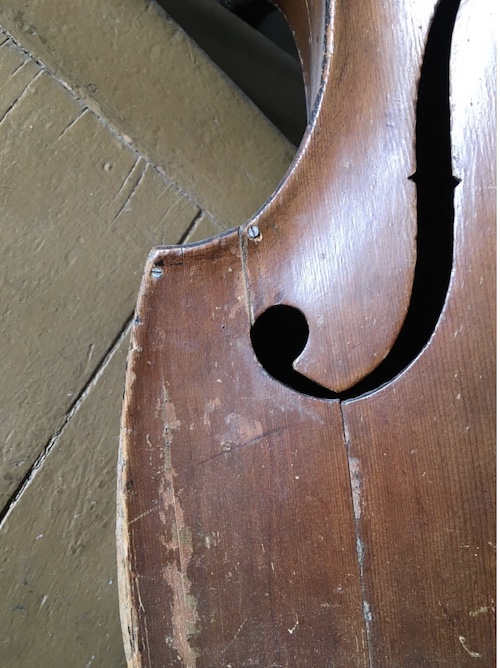 Although the Museum does not focus on the monetary value of its collection (we do not intend to sell our artifacts!), it is worth noting that an item purchased for 50 cents at auction in the 1940s may have appreciated by five figures. territory.

Unfortunately, the museum’s bass viol has many condition issues that the 1996 photograph did not depict, such as modern metal screws holding several parts of the instrument’s 1800s wooden body together.

Perhaps a music lover would be willing to help fully restore this precious piece of history for future generations to enjoy?