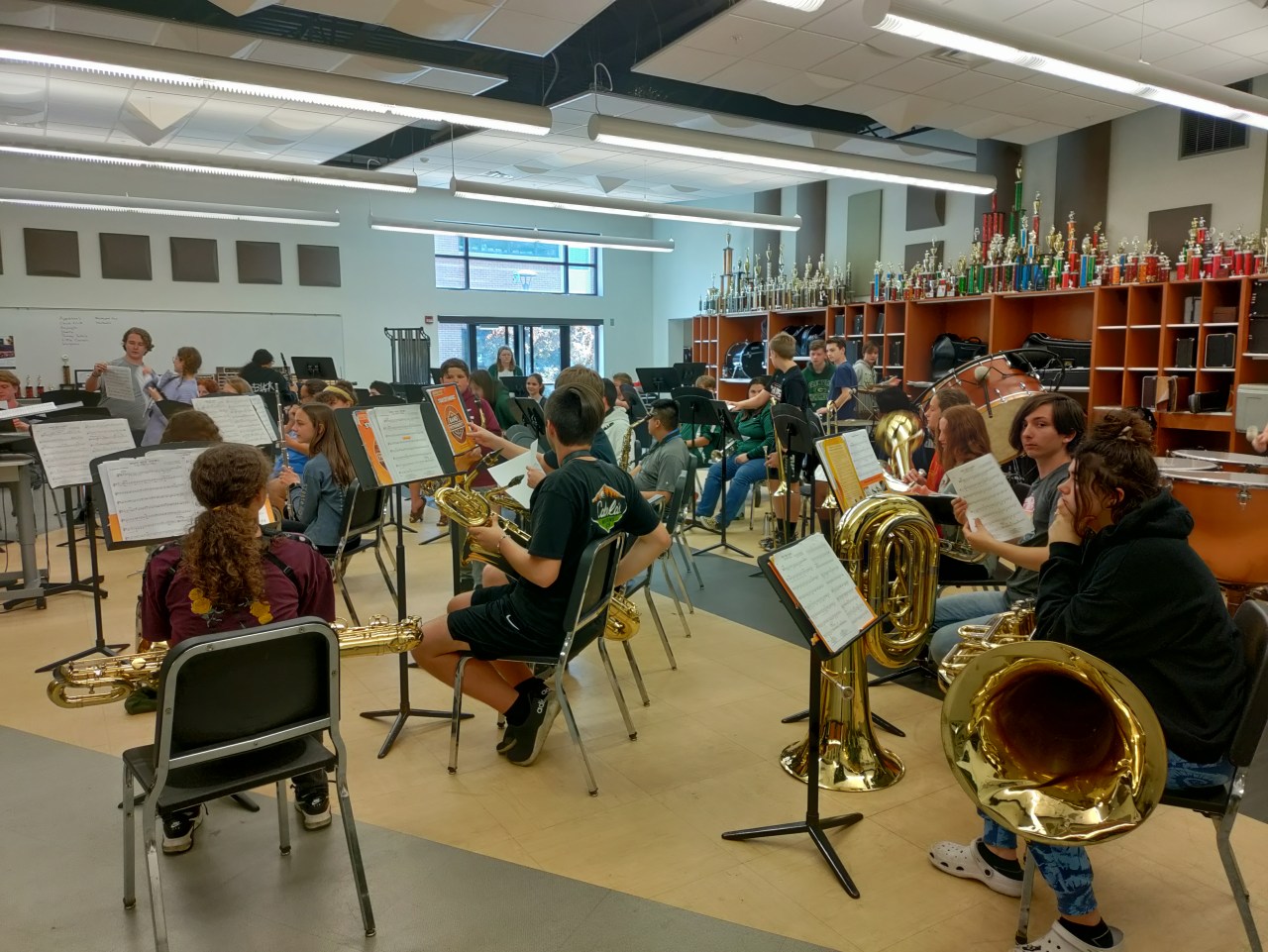 ROANOKE COUNTY, Va. (WFXR) — From drums to saxophone, it’s safe to say that many people in the Roanoke Valley know and have heard “the sound of the Highlands,” courtesy of the Glenvar bands.

However, the band members face an upcoming battle as they need new instruments.

Band manager Colt Campbell says the lifespan of a “well cared for” instrument should be around 15 years. However, most of the groups inventory is over 40 years old.

“I pulled out a barry sax today, and I pulled it out and it’s right there. I looked at the date on the inventory 1964 was the date the instruments were purchased,” Campbell said.

On top of that, Campbell says middle and high school music classes already maintain high retention rates. He adds that they already have at least 100 members, along with two sixth-grade classes who are expected to join the group’s practice next year.

“We’re growing so much and we’re looking at extremely rapid growth in a year,” Campbell said. “We’re not just taking in a ton of kids, sixth graders, but we’re retaining the kids that we have.”

Campbell says bands urgently need larger instruments, such as tubas, sousaphones, wind instruments, and more. They also need smaller instruments like clarinets and flutes for students who cannot afford their own.

While the students of Glenvar’s bands know the misfortunes they will face in the future, many – if not all – work tirelessly to practice their craft.

“It’s so much more about the music. The sooner you can forget about trying to play the notes technically, you can get into the notes and feel them. That’s what I like,” explained Nick Louvet, clarinetist.

Louvet says this group is like his family, but it also takes dedication. He says people need to see that the band isn’t just about playing an instrument. Instead, it’s more about having a social environment where you can connect with people.

“Once the kids join the group and see this dedication, they will explode and grow so much,” Louvet said.

Breaking news, weather and sports on your smartphone with the WFXR News app

Many other students agree with Louvet, saying playing music isn’t the only important thing.

“In the beginning, you start forming all these friendships and relationships that you wouldn’t originally have had, and it’s something that you can really count on, like a big family,” said Lauren Starkey, a French horn player.

Starkey says she started playing the French horn in sixth grade, so she knows what it’s like to be a middle schooler joining a band for the first time.

“It’s really exciting to be able to have this musical ability,” Starkey said.

Josie Fraticelli is another band member who echoes Starkey’s remarks.

“We have a great program, and with Mr. Campbell, the program is going to be fabulous for years to come. I’m disappointed to be leaving it after next year,” said Fraticelli, a saxophonist.

According to Fraticielli, getting more instruments is vital because public schools in Roanoke County provide instruments to students who cannot afford them. That being said, they don’t have enough for the new groups of students arriving.

If you would like to donate to the band, you can contribute to their 501(c)(3) organization, The Band Boosters.

Campbell says the group is a family and he would hate to deprive a child of the beauty of playing music. However, he adds that music isn’t just what they do, it’s who they are.