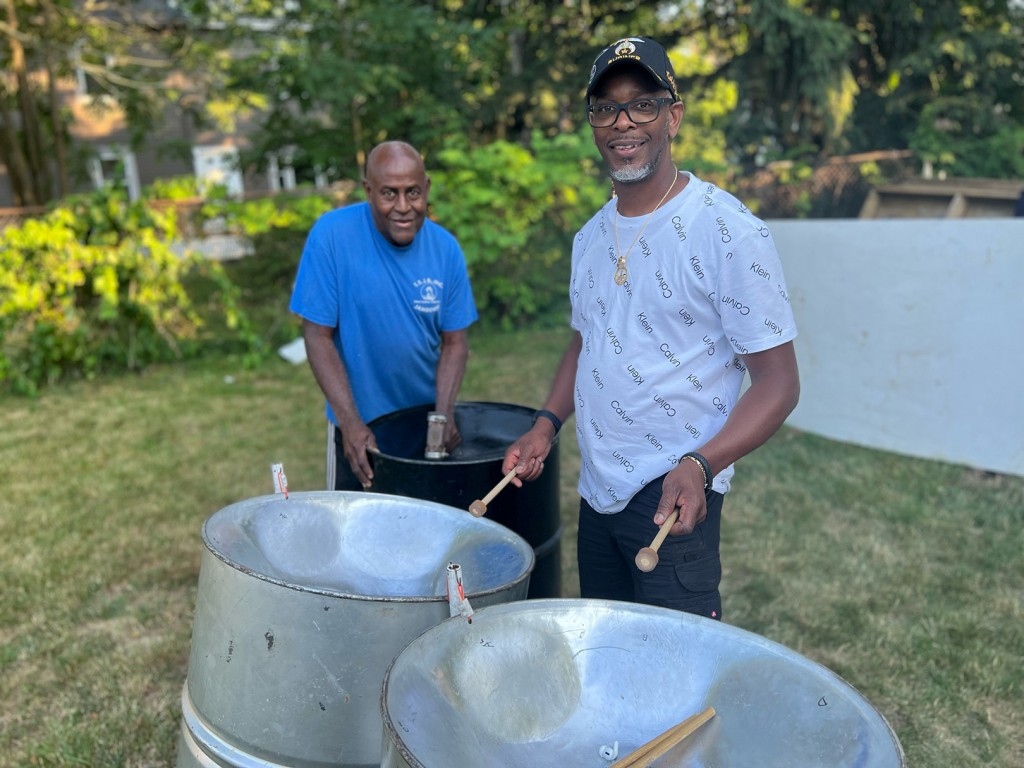 See how a range of acoustic musical instruments are made in the Folk Craft area at this year’s Lowell Folk Festival. Meet artisans whose expertise includes fine carpentry, metalwork, and an understanding of how sound resonates and travels. Learn about the making of world-class pipe organs that fill concert halls, uilleann pipes that enliven the seisuns of Irish music, Middle Eastern ouds, Hardanger fiddles and fiddle bows that energize dancers, revived tiples and cuatros and Trinidad steel pans that evoke the Caribbean. Here in New England, it all started with Mi’kmaq wooden flutes and Wampanoag and Nipmuc drums that “wake up” when filled with water.

Did you know that “wood tone” is the term used for making musical instruments, a moniker that captures its natural resonance? Musical instruments come to life by being blown, struck, rubbed, pinched or strummed. Musicians will be present throughout the weekend to demonstrate the sounds of some of these instruments. Join us on Saturday at 1:45 p.m. for a moderated conversation between makers and actors on the festival’s Sainte-Anne stage, next to the folklife area.

One of the highlights includes “Making, Playing & Tuning Steel Pans” with Carl Smith and Justin Petty from Boston.

The steel pan was forged from African and European traditions. Invented in the 20th century, the origins of pan are from the mixture of enslaved Africans brought to the Caribbean in the 1700s and European colonizers. When laws banned the playing of drums for black descendants of Trinidad, they protested by creating musical instruments using bamboo shoots and later recycled scrap metal. Around 1940, someone discovered that dented sections of an empty oil drum produced different heights. Tuners began to produce pans with concave surfaces, on which melodies could be played. The neighborhood panmen formed marching bands. The modern 55 gallon steel pan is now played in musical competitions at annual carnival celebrations around the world.

Smith grew up in Trinidad, the steel band mecca of the world. In 1978 he brought the pan to Boston where he builds instruments, performs and teaches local youth as the manager of the Branches Steel Band. Petty joined the Rising Stars Youth Steel Orchestra in St. Thomas before moving to Massachusetts, where he performed and arranged for steel pan for over 30 years; under his musical direction, Branches won several competitions.

Using a hammer and air hammer to shape the pan is a noisy and labor-intensive skill. Note the different sounds produced by single, second, tenor pan, and dudup, one of the earliest forms of steel pan.