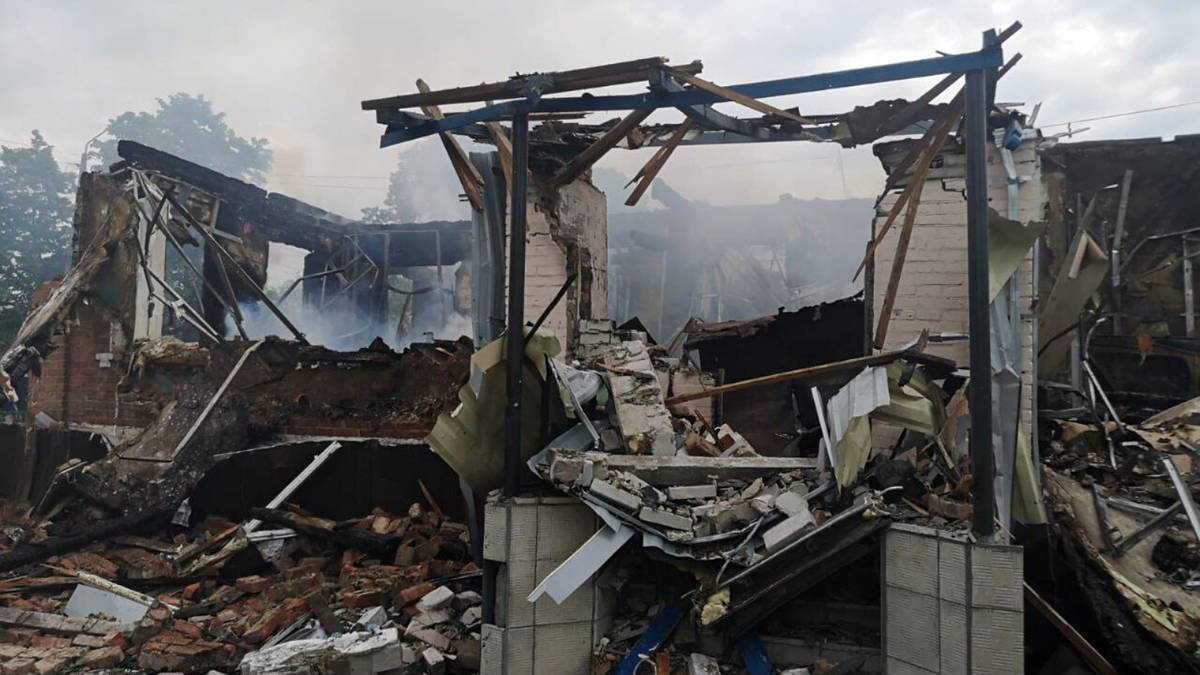 Rebuilt in 2016 with the help of the Japanese government, the music education center is now rubble.

Early in the hours of Saturday May 21, Russian shelling destroyed a music school in the village of Sviatohirsk in eastern Ukraine.

Pavlo Kyrylenko, head of the Donetsk regional military administration, reported the attack on Twitter saying: “The Russians [have] turned [the school] in ruins.

Six years ago, the Japanese government helped renovate the music school, which had again been damaged by the ongoing Donbass war. Their help was part of the ‘Support to Community Stabilization in Donbass’ project, a $13.64m (£10.85m) initiative implemented to help conflict-affected people and communities in eastern Ukraine.

Kyrylenko thanked the Japanese government’s previous support in his tweet saying, “I am grateful to the Japanese people and all of our allies who have helped rebuild Donetsk for years.

Less than 80 km east of Sviatohirsk is the ancient tourist town of Severodonetsk. It is the largest city in the Lugansk region area still under Ukrainian control.

However, over the weekend, the town came under heavy artillery and missile fire from the Russian army. The governor of Luhansk today accused Russia of using a ‘scorched earth approach’ in his army’s bid to seize control of Severodonetsk from Ukraine, and ‘deliberately destroy’ the city.

As in Sviatohirsk, a school came under fire in Severodonetsk this weekend. About 200 people had taken refuge in the building at the time, and the majority of them are believed to be children. At least two were killed.

from Severodonetsk his own music school would have been destroyed by Russian forces in March 2022 at the start of the invasion.