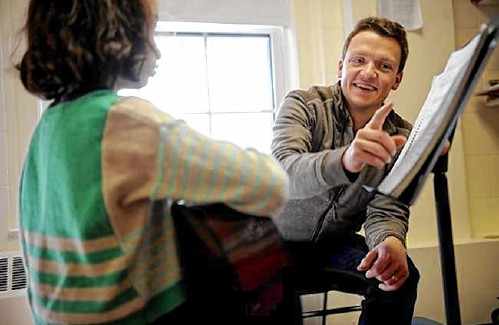 Daniel Acsadi, who currently serves as director of educational and community programs at Powers Music School in Belmont, Mass., will take up the position May 9, the school’s board of trustees announced March 15. He will succeed Maryann LaCroix Lindberg, who has served as interim executive director since founder Peggy Senter retired in July 2021.

“It’s exciting to have Daniel lead Concord Community Music School,” Lindberg says. “He will fit right in with this musical community and I know he will do a tremendous job of taking the school to even greater heights.”

While at Powers Music School, Acsadi expanded the curriculum to include seminars, established the Watch City Singers Choir, and launched the Powers Certificate Program. Prior to Powers, Acsadi was director of the Boston Classical Guitar Society, where he helped develop its international concert series, community-building initiatives, and annual ensemble festivals.

As a guitar teacher, Ascadi has taught at Tufts University, Bard College’s Longy School of Music, Bridgewater State University, Powers Music School, and the New School of Music. As an active performer in the New England region, he often spotlights original arrangements celebrating the rich musical heritage of his native Hungary. Acsadi earned her Ph.D. and M.A. from the New England Conservatory and earned a BA in Economics and Music from Cornell University.

“I am honored to be the Executive Director of Concord Community Music School,” Acsadi said. “CCMS offers a wonderful range of private lessons, group programs, expressive and performance therapies. I am thrilled to join this talented and passionate community with the goal of cultivating the many powers of music and the arts in our region.