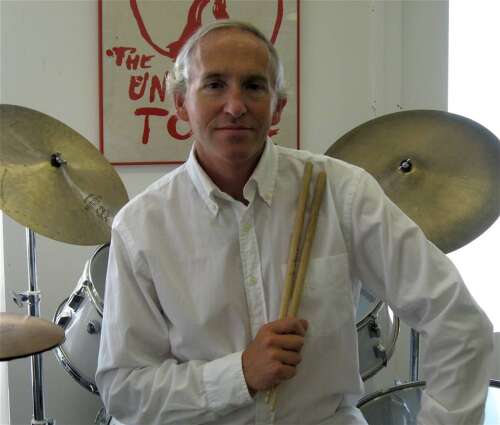 It’s true! Music teachers have butterflies when they perform at recitals, as do their students.

But like their students, these butterflies don’t stop them from playing.

Centerbrook Community Music School (CMS) instructors will perform at the Faculty Concert on Tuesday, November 20 at 3 p.m. at the Centerbrook Meeting House.

The concert is free and open to the public.

“A certain nervousness is part of the show,” according to trumpet teacher Patricia Hurley, one of the musicians involved.

Hurley will perform six songs by Charles Ives, born in 1874 in Danbury. Ives spent his working life as an insurance executive but was a prolific songwriter in his spare time. He is considered one of the first American modernist composers.

For string teacher Martha Herrle, the recital will be a particularly satisfying moment, a chance to perform with Bridget Haines, one of her former students.

“Bridget was my student from the age of eight until she graduated from high school,” Herrle noted.

Now Haines, who has a degree in music education, is a string teacher at Farmington High School and a new instructor at CMS.

Herrle and Haines will perform “Midnight at El Sido’s Zydeco and Blues Bar” by Dave Remilis, a piece for two violas.

“The piece is pretty funky,” admitted Herrle, adding that she hopes it gives audiences a chance to appreciate that there are “many kinds of music in the world.”

Herrle almost didn’t become a musician at all. She intended to major in chemistry in college, but spent the summer before freshman year as a nanny in Salzburg, Austria, caring for an opera singer’s two children. She took music lessons herself, heard music all around her, and decided to change her major.

“I thought I just wouldn’t be happy in a chemistry lab,” she recalls.

She has no regrets when she looks back on her career. “At this point in my life, working with kids, collaborating with talented teachers, and constantly feeling creative, I know I made the right choice,” she said.

He will perform an original composition entitled “Duettino for vibraphone and flute”, with flautist Hélène Rosenblatt. He will also play in a faculty jazz trio, again on vibraphone, with guitar teacher Kevin O’Neal and bass teacher Matt McCauley.

The trio will perform “Stolen Moments” by Oliver Nelson.

Other performers on the upcoming program include Tom Hudson on cello, Emilio Garcia on classical guitar, Ling-Fei King on oboe, and Audrey Estelle and Patrice Newman on piano.

Other musicians performing in the 15-member ensemble include Adam Meyers on trombone, Jonathan Thomas on keyboard, and Richard Wyman on alto saxophone.

Wyman, who retired from the Coast Guard band as an assistant director, is the executive director of the Community Music School.

“The faculty concert gives the community a chance to appreciate the excellence of our music teachers,” he said. “We have an exceptional faculty and our students benefit from their excellence.”

And yes, the faculty at the upcoming gig have a suggestion for dealing with the nerves that come with a performance. They know it and their students have already heard it: practice.

“More than anything, train and prepare,” Briggs advised.

Free and open to the public

The beauty of music is in the fusion of instruments