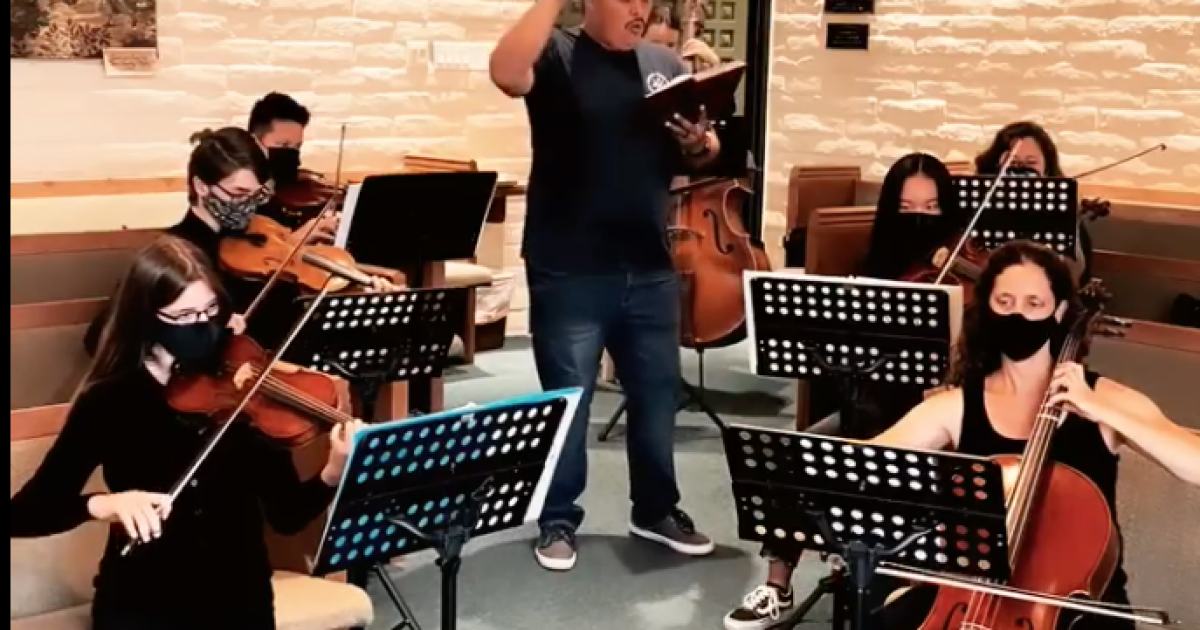 It’s more than music at City Heights Music School; it is also to learn the culture and the history.

Its offerings include Mariachi Victoria of San Diego, Mariachi Prep, Percussive Wave and the Afro-Cuban Ensemble.

The program is led by musicians who want to provide audiences with the opportunity to hone their musical skills and make connections in their community.

What started in 2000 as a coaching music outreach program became the Latin American Music Project in 2006, which offered music lessons. As popularity grew, in 2010 LAMP evolved into what is now known as City Heights Music School to provide various music lessons and teach the importance of culture.

Afro-Cuban Ensemble’s director of communications, David Castañeda, said the courses offered are usually only offered in college settings and may be too expensive for many area residents. Tuition for the semester starts at $50, but scholarships are available for residents facing financial hardship.

“We have a plethora of different spectrums of Latin American music available here at City Heights that we really try to push and emphasize to the surrounding communities,” Castañeda said.

He said the classes are accessible to adults and children of all ages, including families, so they can learn and build together. Students come from as far away as Escondido. One of their oldest students is an 85-year-old woman.

“I think the most important thing we can do today as people working in the arts is provide space for people to build community,” Castañeda said. “You have something that immediately puts you in the realm of history and culture at the same time.”

Instructors emphasize that music is a combination of history and culture.

“Sometimes we don’t even know our own culture very well,” Eguia said. “It’s a beautiful path, whether it’s Mariachi, whether it’s through Afro-Cuban, whether it’s a combination of all of them, we feel the need is obvious.”

Diversity plays an important role for Eguia as a music teacher. He said discrimination and prejudice can come from the ignorance of people who are not exposed to other cultures.

He said music, regardless of culture, is essentially the same. “At the end of the day, maybe a little different rhythm here or there, but we all sing the same ideas that we sing about love, sadness, happiness and joy,” Eguia said. “We can create together.”

Castañeda and Eguia added that anyone from any background can benefit from music lessons.

The school has students who are not fluent in English to learn to play an instrument and learn to sing in a foreign language.

“It will be something that people from all demographics, socioeconomics, cultural and ethnic backgrounds can have a lot of fun not only being a part of, but learning a lot about and then being able to take those lessons into the workforce. work and in society in general with a very powerful effect,” said Castañeda.

Artistic Director Victoria Eicher adds that music is a great way to bridge the cultural gap and enrich students.

She says when young children learn music outside of their community, they learn compassion and are more aware of their culture. That’s the school’s goal: to teach diversity through music and prepare students to achieve their musical goals, whether it’s learning a new instrument as a hobby or pursuing a career in music. music.

More information about classes, schedules and events can be found at https://cityheightsmusicschool.org.

Lopez is a freelance writer.