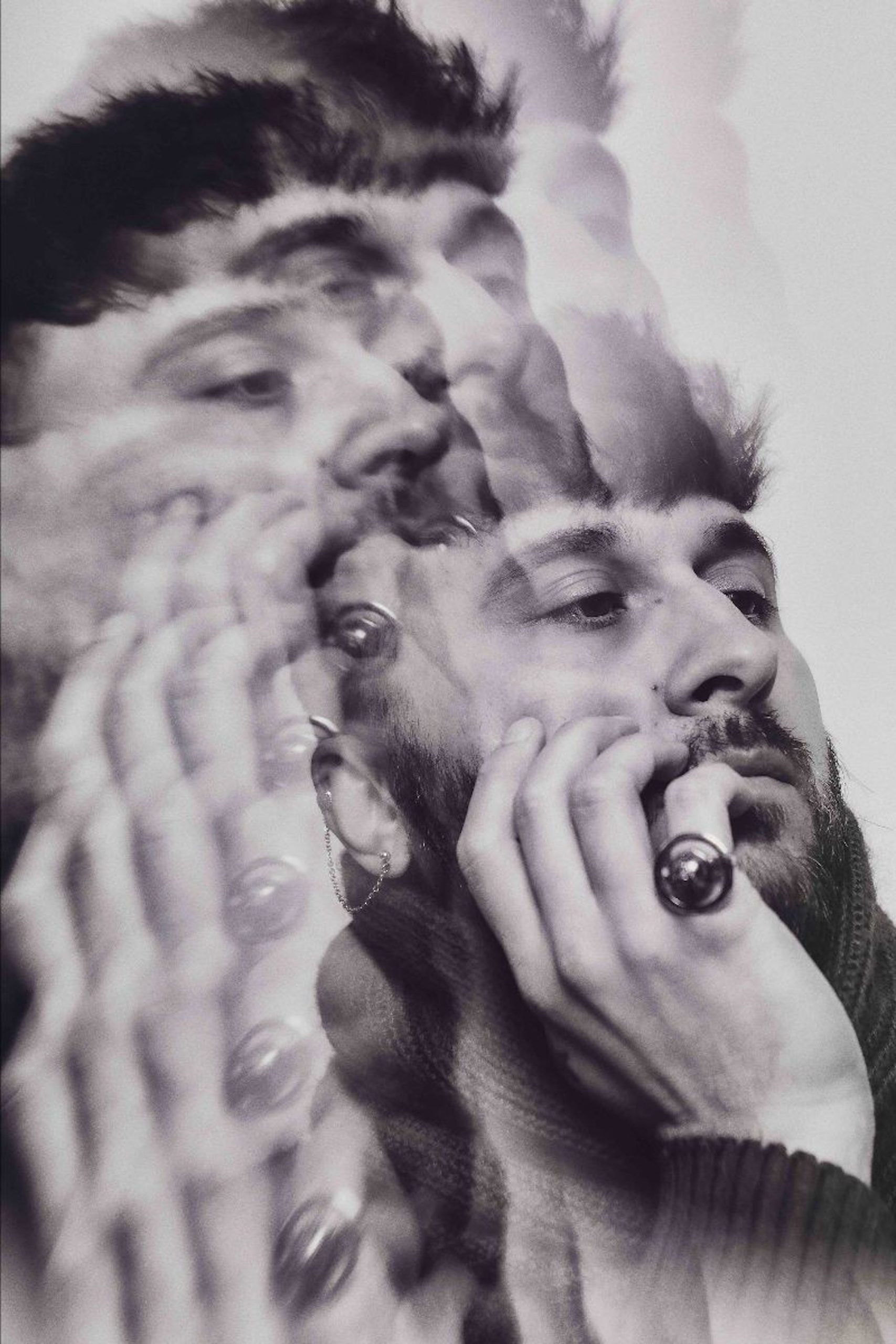 Brad Walsh talks about a new album without lyrics or instruments

The all-star remixer and legendary artist in his own right talks about his new record made without any instruments or lyrics.

Ohio-born singer, songwriter and producer Brad Walsh made a name for himself in the late 2000s and early 2010s by remixing the songs of the titans of pop, namely Britney Spears, Lady Gaga , Beyoncé, and a Billboard Hot Dance number 1 remix for Adam Lambert. However, in 2017, he shared Antiglottis, an experimental disc composed only of vocal layers and body sounds, without instruments or lyrics. Fortunately, on Antiglottis II he continues his adventure through these unknown territories with the follow-up to the album.

where the original Antiglottis episode ruminated and exploded to different corners in an effort to reflect the unstable political landscape in the United States at the time, Antiglottis II offers personal snapshots of the emotion aroused by Walsh’s international travels. One piece is inspired by a street in Marrakech, another by a town in Colombia and another by a small town in Texas. The shifting parameters behind the inspirations are a unique inconsistency with the album’s predecessor, however, as musically, Antiglottis II sees Walsh’s simple voice and body return to the helm for yet another utterly evocative listen.

Head below to read our conversation with Walsh about everything from his hopes for Antiglot II, to discussing the creative process, and escaping New York for a life in the countryside…

Hi Brad! How are you? What does a typical day look like for you right now?
Well at the end of 2020 I bought a big old house in the countryside, and I decorated it like crazy. There couldn’t be more color or art in this home! I actually won a big TikTok afterwards [@bradwalshislate] simply by posting videos around my house! It stimulates me and inspires a lot of my music. I spend a lot of time at home, in the garden and in my woods, and I also record at home. I have an art room, guest rooms, a music room, and a gym, and I even built myself a club in my basement, so I really like having friends from all over who come and stay with me for a few weeks and just have a fun time together. Living a slow life with people I love is what I needed after 16 years in New York. I also work with a few local charities and spend a lot of time helping resettle refugees to my area from Afghanistan, Ukraine and Tanzania. My favorite is the USCRI (the American Committee for Refugees and Immigrants). They are definitely worth the donation!

Congratulations on your big release! We have adored Antiglottis II – so incredibly inventive. What can you tell us about the record and what does it mean to you?
Thanks! When I recorded Antiglottis in 2017, it was after the first women’s march and a lot of those energies on this album had political sources. Anxiety, anger, fear, hope, etc. Since this album was born out of societal upheaval, I wanted it to be meditative and intriguing, energetic at times, but something to help myself and the listener through difficult times. This time, five years later, Antiglottis II is a sequel in the sense that both albums are wordless and uninstrumental – all comprised only of vocal layers and body sounds – but this album was more inspired by world travel, abstract art and quiet moments in my garden and with friends.

Please guide us through your writing/creation process to Antiglot II. What did you enjoy the most and what did you find the most difficult?
Well, I coined the term “antiglot” as an opposite of “polyglot”, which is a person who speaks multiple languages. Since there is no spoken language on this album, just tones and body sounds composed as one would with more classical instruments, I thought ‘antiglot’ would be an appropriate title. No language involved, just emotions conveyed by the composition and production of the sounds of my body.

How do you think this disc differs from the previous one?
My last release was a dance EP called “House Party”, straight club music for when we were all stuck at home trying to find fun wherever we could. It was typically produced dance and pop. And before it was artbreak, my pop album that came out after my separation from an 11-year relationship. It was standard pop, stuff you might hear on the radio. The Antiglottis the albums are much more experimental, and I really like having my own label, OMGBTW Records, and being able to release whatever I feel like, rather than having my direction of work dictated to me.

What do you hope fans/listeners take away?
What I feel listening to these songs is a range of emotions from calm and intrigue to trepidation and abstract wonder, and I hope that will carry over to the listeners as well. I kind of consider them as sound paintings. Different people will react to it differently. But they are meant to take you somewhere else, if only for a few minutes.

Finally, what is the next step for you? Other projects/goals for the near future?
I’m already working on my next pop album! Who knows when it’ll be ready, though. Sometimes I have a 5 year stint where I release one or two projects a year, and sometimes it takes five years for an album to come to fruition. I started making music around 2005 and I learned at that time that when it happens, it happens. I can’t force myself to produce art. Some people can, they train it like a muscle, and they train it every day, on a schedule. Sia once told me that she spends a few hours every afternoon sitting down and writing, but I can’t. I’m doing total rubbish if I try to make this happen when it’s not ready. In the meantime, I’ll be sitting by the water with my dogs and some frogs.