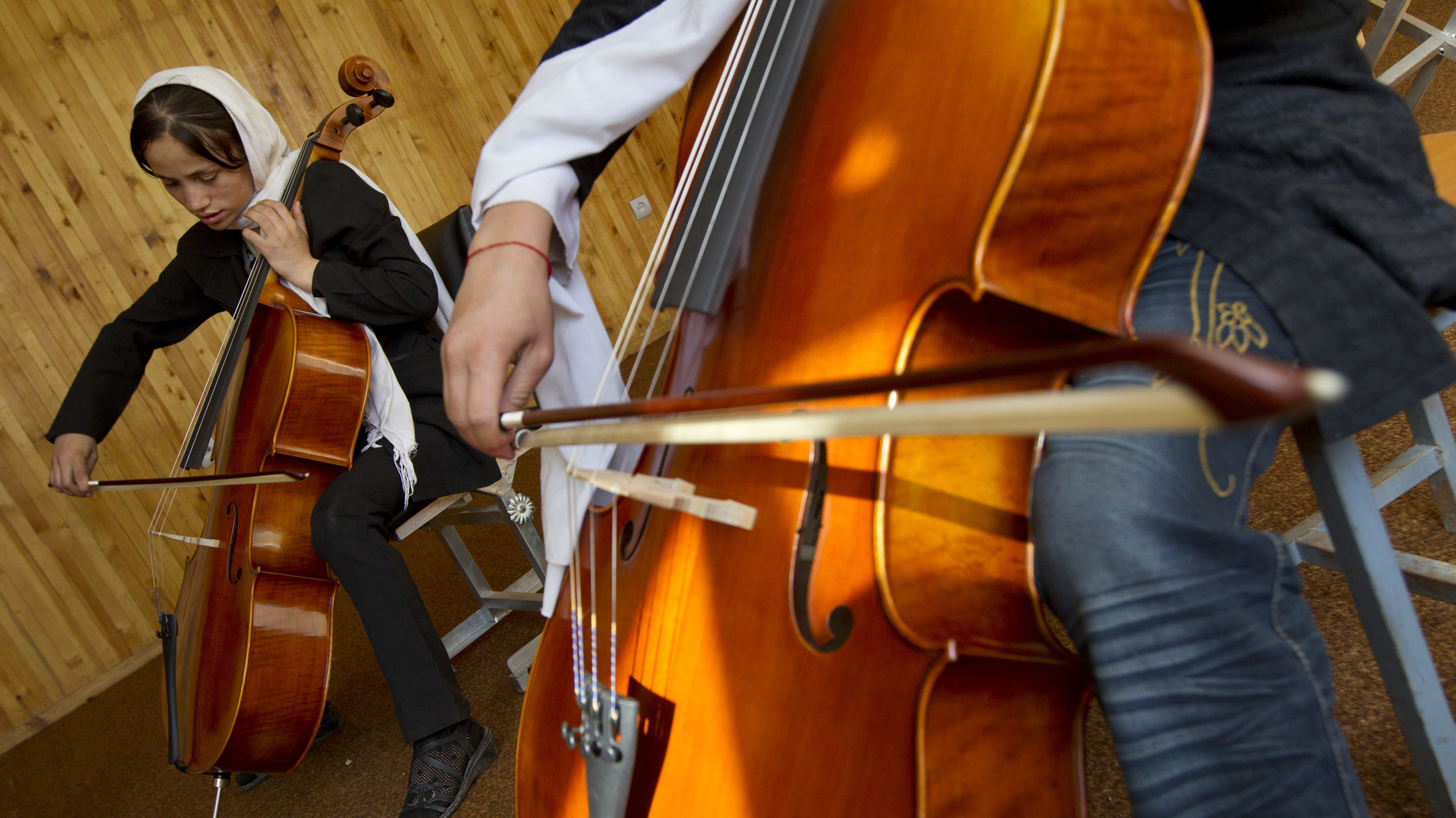 Afghan music school is silent, its future uncertain under the Taliban

The doors of the National Institute of Music of Afghanistan in Kabul are closed. The young students, teachers and professors of the music school are staying at home – they have reason to fear.

According to founder and director Ahmad Sarmast, “armed people entered the school grounds” recently. He says they tried to steal cars the school uses for transportation and destroyed musical instruments. Under the Taliban in the 1990s, music was strictly prohibited. Playing, selling or even listening to music at home could get you in trouble.

Now ANIM’s future is uncertain. With the disorder caused by the takeover of the city by the Taliban, “the situation is very unpredictable”, explains Sarmast. “Things change very quickly in Kabul these days.”

Sarmast, who spoke to NPR from Australia where he is visiting family, is in constant contact with faculty at the school. He says some students did not take their instruments home, “for fear that if the Taliban search door to door, if the instruments are found in the house, it might cause them trouble.” When reporting the recent burglary, he said a local police officer “blamed our security guards for their failure to open the school gates”.

It is the main music school in Afghanistan

With help from donors including the World Bank and the National Association of Music Merchants (NAMM), ANIM opened in Kabul in 2010. Boys and girls study music and academics in the same classrooms. Students learn to play instruments from the classical Afghan and Western traditions.

The school has been touted as a great success in the effort to renew cultural life and the arts in Afghanistan. School sets, including women’s sets Zohra orchestra, have performed all over the world. From Carnegie Hall in New York to World Economic Forum in Davos, these young musicians, many of whom come from impoverished communities, showed audiences a side of Afghanistan that often gets lost in the news.

Making music can have deadly consequences

Making music has long been a risky business in Afghanistan. Over the years, musicians have reportedly been threatened, kidnapped or killed. During one of ANIM’s concerts in 2014, a suicide bomber seated behind Sarmast exploded. Two people were killed and several others were injured.

Sarmast lost his hearing for a time and underwent surgery to remove shrapnel from his head and body. “Fortunately no students were injured or killed,” he said, “but of course the trauma they suffered in this bombing would probably have scarred them all their lives.”

While the Taliban have presented themselves to the media as less violent than they were in the 1990s, Sarmast is skeptical. ‘Today the Taliban promise they will respect human rights and they will respect diversity,’ he says, ‘but… the video footage coming out of social media is not very encouraging’ .

Sarmast worries about the future of the students at the school. He says 10 of his graduates received scholarships to study music in the United States, including the pianist Elham Fanoos who attended Hunter College in New York and recently earned his master’s degree at the Manhattan School of Music. Speaking from his home in New York, Fanoos credits ANIM with “the reason why I’m here”. He, too, is worried about the safety of everyone involved in the school and hopes Afghans can keep making music.

“I think a culture makes the country and gives the country the strength it needs to represent the country,” says Fanoos. “Without… cultural activities, a country is completely incomplete.”

Sarmast seems determined not to let the Taliban hinder ANIM’s progress. The school had recently expanded into a larger building to accommodate more programs and ensembles. “Music isn’t just a type of entertainment. It’s not just an art,” he says. It is a “powerful force” to help Afghans heal “from years of civil war”.

Sarmast plans to reopen the National Institute of Music of Afghanistan because, he says, “the nation needs it”. He hopes the international community will “keep an eye out” to make sure the Taliban keep their promises to respect human rights, “to make sure the musical rights of the Afghan people [are] not knocked down again.”

You make MPR News possible. Individual donations drive the clarity of our reporters’ coverage across the state, the stories that connect us, and the conversations that provide insight. Help ensure that MPR remains a resource that brings Minnesotans together.

Donate today. A donation of $17 makes a difference.

Contest: Enter to win a free music lesson with the International School of Music!