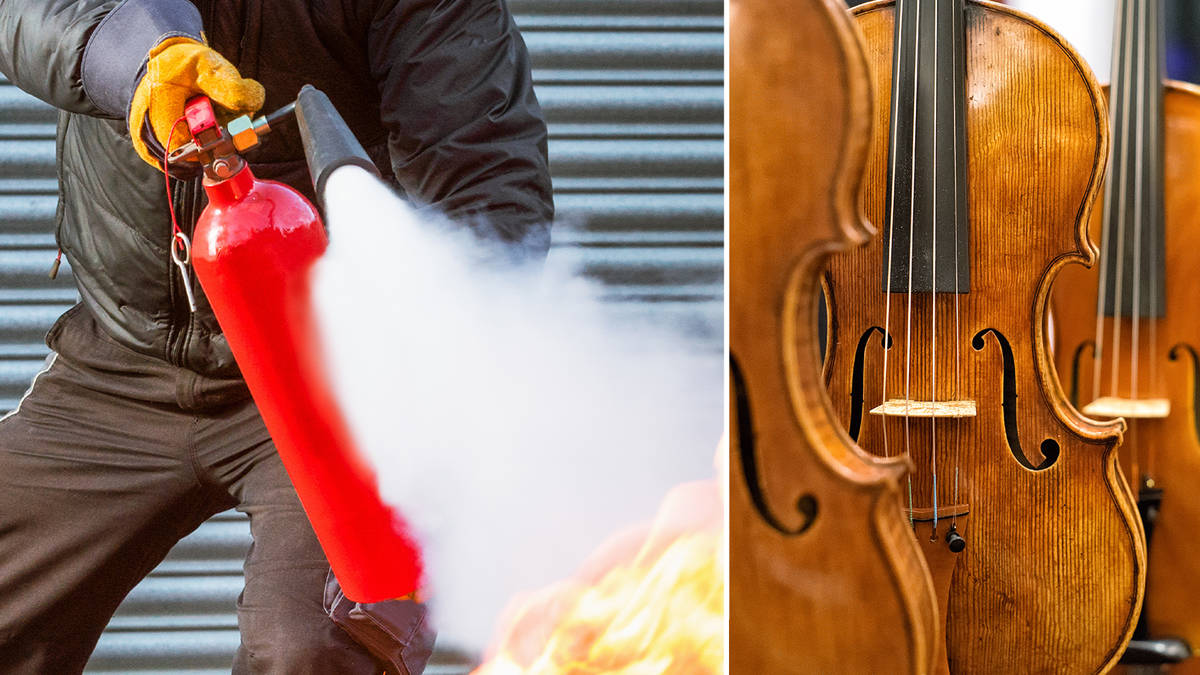 An orchestra’s instruments were covered with fine acid dust after a fire extinguisher was triggered in their rehearsal room.

Members of the Südwestfalen Philharmonic were shocked to discover that their instruments had been destroyed during a weekend celebration at their resident concert hall in Hilchenbach, Germany.

A fire extinguisher was set off in the German orchestra’s rehearsal space, coating 25 instruments with white extinguishing powder.

“It’s the dust in the room that worries us,” explains musical director Michael Nassauer. “It gets in everywhere as soon as we open a door. “

The acid dust is so fine that it is deposited in the smallest gaps of the instruments. A specialized company is called upon to ensure that no additional damage is caused to the instruments.

Read more: Distraught cellist suffers £ 3,150 in damage to his instrument after aerial flight

Heartbreakingly, it’s unclear how many instruments are already damaged beyond repair.

The instruments involved included a € 180,000 (£ 153,943) Steinway harpsichord and grand piano, and the orchestra and concert hall have filed criminal charges.

Although it is not known who the perpetrators were, the party cellar below the concert hall had been rented for a private event on the night of the incident.

A police investigation is currently underway to determine why this disruption took place, and how those involved were able to gain access to the orchestra’s rehearsal room.